Bell Boeing tapped for work on the V-22 Osprey

The company is to provide services for the incorporation of optimized wiring and structural improvements to the tilt-rotor aircraft's nacelle.

June 7 (UPI) -- Bell Boeing JPO has been awarded a contract by the Defense Department for services on the V-22 Osprey aircraft.

The contract award, from Naval Air Systems Command, is valued at more than $47.3 million under the terms of a cost-plus-fixed-fee delivery order that enables Bell Boeing JPO to provide non-recurring engineering, optimized wiring and structural improvements, among other services for V-22 Osprey production, the Pentagon said Wednesday.

The services are meant for work to incorporate wiring and structural improvements to the aircraft's nacelle, as well as allow for retrofitting of previously delivered Ospreys. The work will include the delivery, installation, validation and further testing of one nacelle ship set for critical design review before production.

The Bell-Boeing MV-22 Osprey tilt-rotor aircraft has the capability to take off and land vertically and on short runways. It is primarily used by the U.S. Navy, Marine Corps and Air Force -- the concept for the aircraft was developed in the late 1980s, with its first flight occurring in March 1989.

Work on the contract will occur in multiple locations throughout the United States and is expected to be complete in July 2020.

The total cumulative value of the contract will be obligated to Bell Boeing JPO at time of award.

The obligated funds will be allocated from Navy and Air Force fiscal 2018 aircraft procurement funds, the Pentagon said.

None of the obligated funds will expire in September at the end of the current fiscal year. 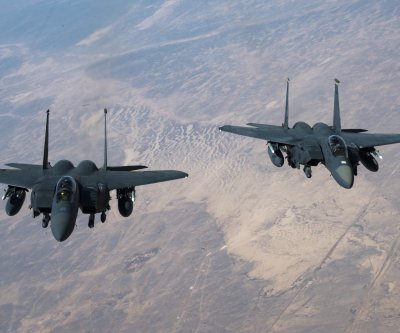