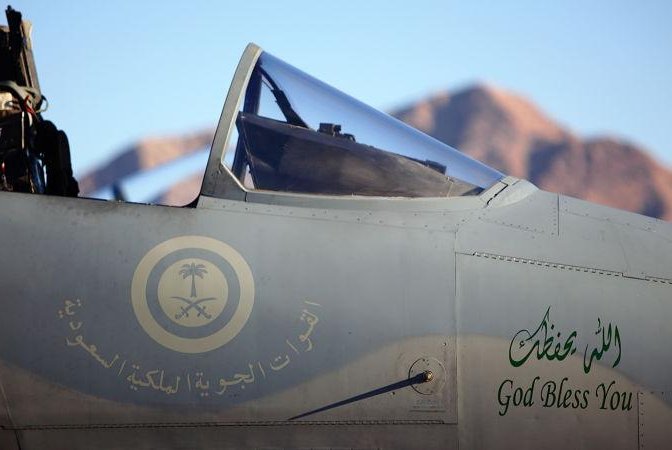 A Saudi Arabian F-15S sits on the main ramp at Nellis AFB during Red Flag. Photo courtesy of Department of Defense

April 9 (UPI) -- Boeing has been awarded a contract by the U.S. Air Force for services in support of the F15SA Strike Eagle for the kingdom of Saudi Arabia.

The deal, announced Friday by the Department of Defense, is valued at more than $49.5 million under the terms of a indefinite-delivery, indefinite-quantity contract, which is a modification to a previous award.

The agreement enables Boeing to provide the Royal Saudi Air Force with original equipment manufacturer, or OEM, training on the F-15SA Strike Eagle.

The F-15SA is the most advanced version of the F-15 Eagle aircraft ever built for warfare.

The Defense Department said that the contract provides a one-year extension to the period of performance services from Boeing. The modification brings the total cumulative face value to $305 million.

Work on the contract will occur in Khamis, Saudi Arabia, and is expected to be complete by August 2019.

The total amount of the contract will be obligated to Boeing at time of award from foreign military sales funds, the Pentagon said.