The Mexican Navy Sigma 10514 Class ship is to be outfitted to use several weapon systems procured through the U.S. State Department's Foreign Military Sales program. Photo courtesy of Damen shipyards

Jan. 8 (UPI) -- The U.S. State Department has approved a potential foreign military sale of both RAM and Harpoon missiles to Mexico.

The Defense Security Cooperation Agency announced approval the $98.4 million sale in a press release Friday, after notifying Congress of the potential sale.

The DSCA said the proposed sale will support the "foreign policy and national security of the United States by helping to improve the security of a strategic partner. Mexico has been a strong partner in combating organized crime and drug trafficking organizations. The sale of these ship-based systems to Mexico will significantly increase and strengthen its maritime capabilities."

The weapon systems procured will be integrated into the Mexican Navy Sigma 10514 Class ship, the DSCA said. 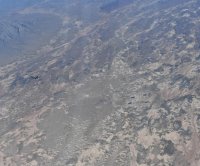