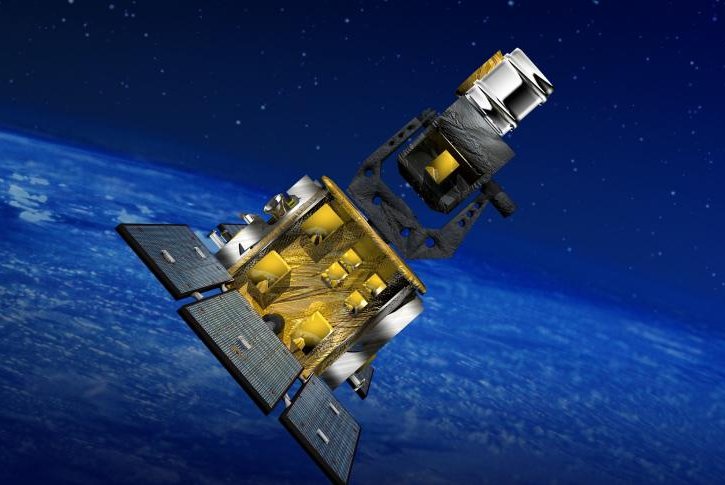 The space-based space surveillance satellite is meant to collect metric and Space Object Identification data for man-made orbiting objects without the disruptions encountered by Earth-based systems. Photo courtesy of Boeing

Dec. 14 (UPI) -- The Boeing Co. has been awarded a modified contract from the U.S. Air Force for sustainment of the space-based space surveillance Block 10 satellite.

The deal, announced Wednesday by the Department of Defense and worth more than $21.9 million under the terms of the contract, is classified as a cost-plus-incentive-fee and cost-plus-fixed-fee contract.

The Space Based Space Surveillance, or SBSS, Block 10 satellite operates 24-hours a day, 7-days a week with a clear and unobstructed view of objects orbiting Earth.

The SBSS is used to "collect metric and Space Object Identification data for man-made orbiting objects without the disruption of weather, time of day and atmosphere that can limit ground-based systems."

Work on the contract will be performed in California and Colorado, and is expected to be completed by June 2022.

Defense Department operation and maintenance funds from fiscal 2018 of more than $14.8 million have been obligated to Boeing at the time of award.

Defense News // 13 hours ago
U.S. Navy to arm amphibious vessels with long-range missiles
Jan. 15 (UPI) -- The U.S. Navy plans to integrate anti-ship missiles aboard its amphibious ships, it announced this month, part of a larger effort to increase ship firepower.