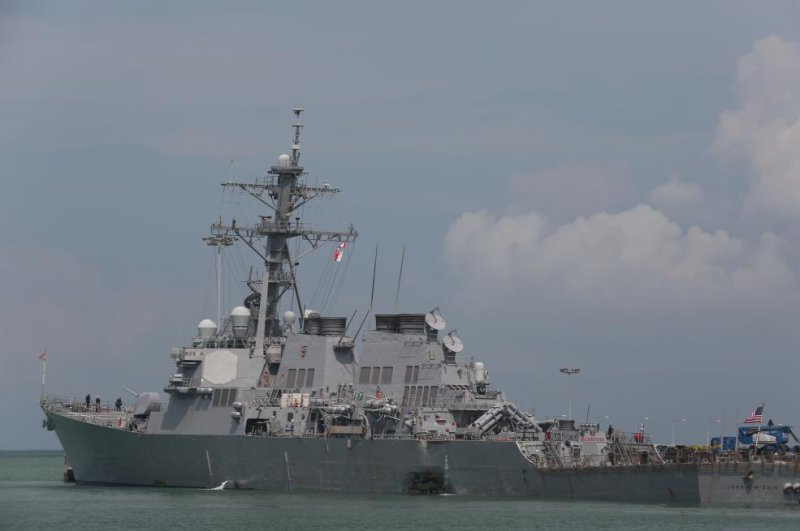 The memo states that Fleet Forces Command has 60 days to deliver the review of the incidents, which have caused the deaths of 17 sailors and racked up millions of dollars worth of damage.

The destroyers USS Fitzgerald and John S. McCain have both collided with commercial ships in recent weeks, killing 17 Navy personnel. This follows a collision with a fishing boat and a ship grounding itself earlier this year.

"As part of this review, request you make detailed recommendations with respect to corrective actions necessary to ensure the safety of our people, safe operations at sea, and the readiness of our forces," Moran said in the memo.

The list of requirements for the review covers almost every aspect of Navy operations. The memo directs that the review will assess personnel, bridge and watch management, and associated risk mitigation planning, with a focus on the accountability and oversight of command officers.

Individual training and professional development in naval and tactical skills such as navigation and seamanship are also to be reviewed, along with with all ship navigational machinery and sensor systems like radar, which is designed to provide situational awareness for ships crews.

"In the conduct of the review, you will seek input and insights from other services, industry, and highly qualified experts outside the services to ensure the widest possible perspective as we drive to the heart of the underlying issues and attack the root causes for these mishaps," the memo concludes.

The twin collisions and other incidents have sparked serious concern over the quality of training and oversight of basic operations in the U.S. surface warfare fleet and whether the Navy is overstretched.

Congress also plans to hold hearings on the collisions when they reconvene after Labor Day.

Snow, dangerous ice to bear down on Carolinas and Virginia