Insitu is receiving a $16.9 million contract for spare parts and supplies in support of the U.S. Navy's Special Warfare ScanEagle fleet.

Aug. 21 (UPI) -- Insitu is receiving a $16.9 million modification to an existing contract for spare parts and supplies in support of the U.S. Navy's Special Warfare ScanEagle fleet, the Department of Defense announced on Friday.

The work is projected to be completed by Sept. 18, 2018, and will be performed in Bingen, Wash.

The Boeing Insitu ScanEagle is an unmanned aerial vehicle with a 10-foot wingspan that provides intelligence, surveillance, target acquisition and reconnaissance data.

The aircraft can loiter over a target area for over 28 hours at a maximum altitude of 19,000 feet and carry several types of sensor payloads and other mission equipment. It is designed to be launched from makeshift sites and moving ships using a catapult and hook-and-line recovery system, so no runway is required.

Variants of the system can use a compressed system of launch from aircraft pylons and submarines, where it fills the gap between small hand-held UAVs and larger surveillance models like the Global Hawk.

The ScanEagle is an entirely contractor-run fee-for-service "power by the hour" model with Insitu providing all personnel and logistics as required by the Navy.

Insitu also operates the U.S. Special Operations Command's Mid-Endurance Unmanned Aircraft Systems program using ScanEagles on the same contractor-run model. The MEUAS program has been renewed several times since 2004 when it was first introduced in Iraq and has since seen service in Afghanistan and other conflict zones. 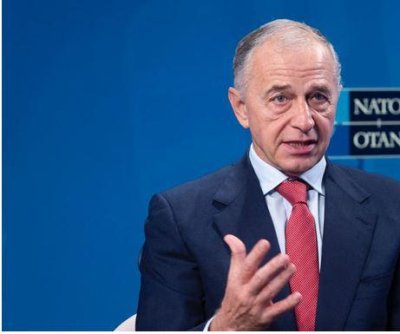