The U.S. Navy and Lockheed Martin have conducted the first free-flight launch of a Long Range Anti-ship Missile from a B-1B Lancer bomber at Point Mugu, Calif.

Aug. 18 (UPI) -- The U.S. Navy and Lockheed Martin have conducted the first free-flight launch of a Long Range Anti-ship Missile from a B-1B Lancer bomber at Point Mugu, Calif.

The missile navigated pre-programmed waypoints before targeting and destroying a single moving target out of a group using onboard sensor criteria. It was the first complete functionality test of the LRASM.

"Today marks a significant step towards providing the operational community with a leap in critical surface warfare capability by next year," LRASM director Capt. Todd Huber said in a press release.

The Long Range Anti-ship Missile is a derivative of the Joint Air to Surface Standoff Missile. It is a stealthy cruise missile designed to pick out specific naval targets using a modified Tactical Tomahawk mission data set.

The missile is guided by anti-jamming GPS, a 2-way data link, radar, and a day/night camera for target identification. The redundancy helps mitigate enemy jamming and allows autonomous targeting.

It will be deployed by F/A-18E/f Super Hornet fighters and the B-1B bomber and can be launched from ships such as the Arleigh-Burke class destroyer using the Mk 41 Vertical Launch System .

LRASM is slated to start entering operational service with the B-1B by next year and the Super Hornet by 2019. 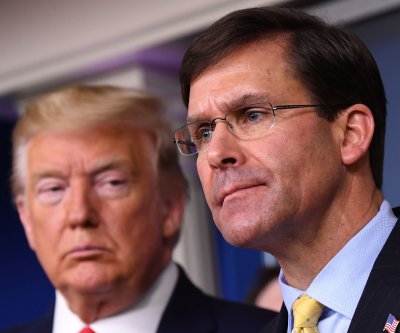