June 23 (UPI) -- A radar and laser beam system for detecting and destroying drones has been unveiled at the Paris Air Show by Israel's Rafael Advanced Defense Systems Ltd.

The system, called Drone Dome, has a range of up to several miles and causes minimal interruptions to other systems in nearby urban areas, the company said during at the Paris Air Show.

"The threat posed by drones and packs of drones is one of the most complex challenges confronting us," reserve Brig. Gen. Meir Ben Shaya, manager of Rafael's Business Development, Air division, told Globes. "We have seen ISIS and other groups using them and the entire world is looking for a solution."

"We have taken the laser systems developed by Rafael and adapted them to cope with this threat, which is such a major challenge for defense systems worldwide."

Rafael says the system's radar identifies targets, while its laser system destroys them. Drone Dome also features a jamming system for disrupting communications between the drone and its operator.

Additional details of the system were not disclosed.

Defense News // 10 hours ago
Pentagon considers 'scaling back' exercises due to coronavirus
Feb. 25 (UPI) -- The U.S. military is considering scaling back international exercises and extending closure of overseas facilities as coronavirus spreads across the globe, officials say. 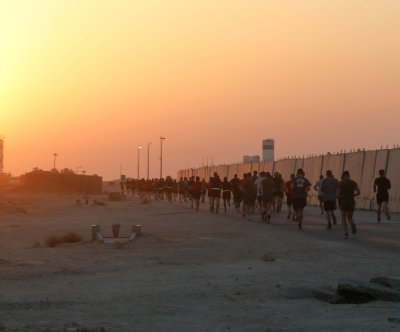