Leonardo announced on Monday it will maintain avionics on the Typhoon fighters of Spain and Germany. 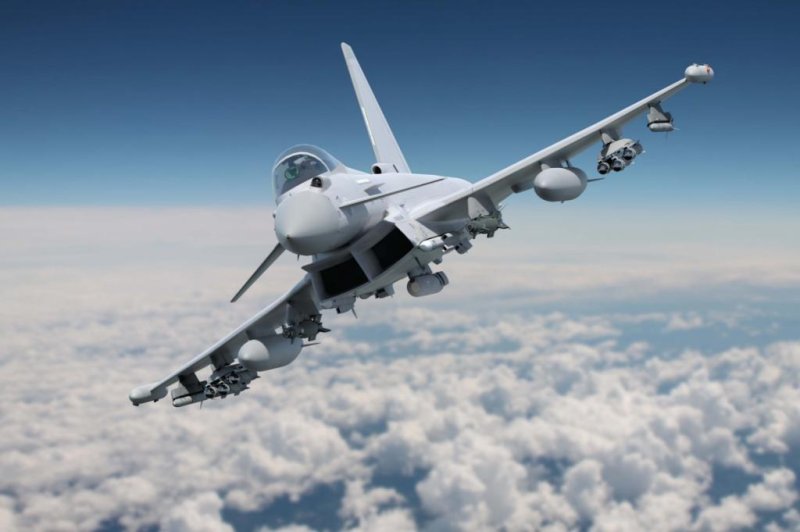 The Typhoon multi-role fighter was introduced into service in 2003 and is now used by the militaries of six nations. Photo courtesy of Eurofighter

June 20 (UPI) -- Leonardo is to provide maintenance on the avionics systems aboard Spanish and German Air Force Eurofighter Typhoon fighter fleets under contracts with Airbus.

The awards are for a five-year period and worth more than $111.8 million, Leonardo announced on Monday.

Covered in the service deals are all equipment, directly or indirectly, where Leonardo is the design authority. This includes the majority of the Typhoon's avionic suite, including the radar and the IRST sensor and defensive aids suite.

The company said the contracts follow maintenance arrangements for the Typhoon fighters flown by Italy and Britain. Italy signed an availability-based maintenance service arrangement in 2008 for their Typhoons and developed an Avionic Maintenance Center with Leonardo. The center provides a guaranteed turnaround time for Typhoon maintenance.

"As well as keeping the fleets at a high state of readiness, these two long-term availability-based contracts are designed to generate cost savings for the partner nations, significant portions of which are expected to be reinvested in programs aimed at further developing the aircraft's capabilities," Leonardo said in a press release.

The Eurofighter Typhoon is in service in six countries. Leonardo said it is responsible for around 36 percent of the Typhoon's program value and provides more than 60 percent of the avionics aboard the fighter.

The Typhoon, introduced into service in 2003, is a twin-engine, canard-delta wing fighter. It is designed and made by Alenia Aermacchi -- now Leonardo -- Airbus Group, and BAE Systems, which control the joint holding company, Eurofighter Jagdflugzeug.