The company is the second this month, after Boeing, to pull out of a U.S. Navy contest to replace the AGM-84 Harpoon on the Littoral Combat Ship and frigate-class warships. 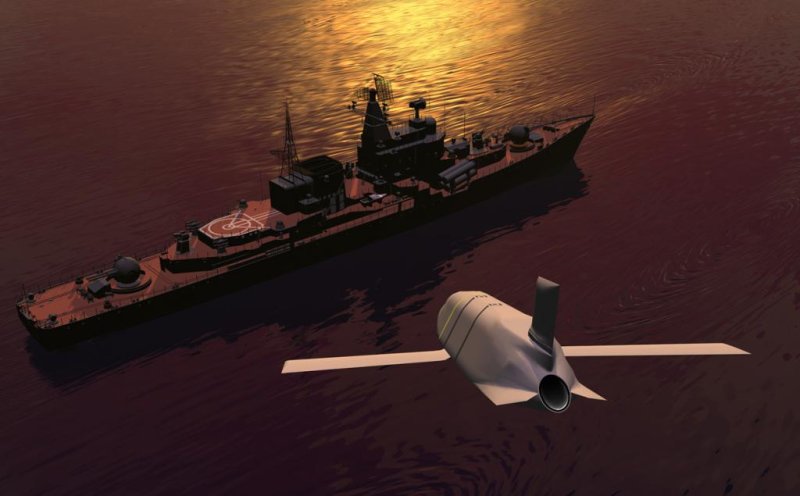 In the last month, Boeing and Lockheed Martin have each decided to pull back proposals to replace the AGM-84 Harpoon missile on U.S. Navy Littoral Combat Ship and frigatte-class warships. Photo courtesy of Lockheed Martin

May 26 (UPI) -- Lockheed Martin has chosen to drop its Long Range Anti-Ship Missile, or LRASM, out of the Navy competition for a new anti-ship missile meant for the Littoral Combat Ship and frigate-class warships.

"After long and careful consideration, Lockheed Martin has decided to withdraw from the U.S. Navy Over-the-Horizon Weapon System competition. As the current OTH-WS request for proposal process refined over time, it became clear that our offering would not be fully valued," the company told USNI News.

"If additional changes are made to the RFP, Lockheed Martin would review the new requirements and assess whether our capability would be a good fit to meet the U.S. Navy's needs, as we would with any RFP."

"We've kept up to speed on every [request for proposal] modification and with that the constant change in the top-level requirements every time they do a modified release," Troy Rutherford, director of Boeing Cruise Missile Systems, said at the time. "We don't see that this solicitation isn't the right place for us to make entrée into the surface Navy because of how it undervalues our overall capability."

The AGM-84 Harpoon, originally designed by McDonnell Douglas, has been in service since 1977 with countries around the world. It has been used in combat multiple times, and can be launched from air, sea, and land from a variety of systems.

Lockheed Martin's LRASM is a ship-launched missile designed to be launched from the MK 41 Vertical Launch System on naval ships, and can be deployed by aircraft. It uses the same systems as the Tactical Tomahawk, with a more accurate long-range targeting system than the Harpoon.