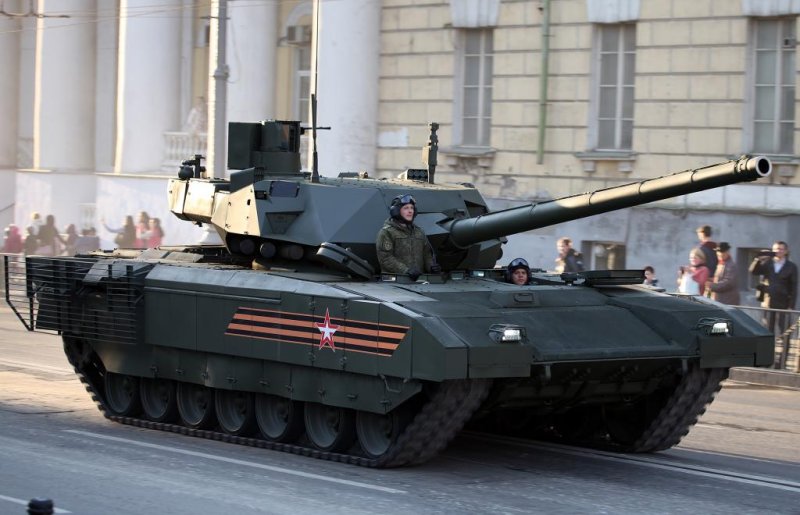 Russian officials say testing of the T-14 Armata, pictured during a military parade, is on schedule and the number of tanks the army plans to order following testing will be announced in September. Photo by Vitaly V. Kuzmin/Wikipedia

"[The field trials] are proceeding according to plan," he told the Tass news agency . "Various technologies are being tested and the issue of automatizing all of the tank's systems is being considered."

The T-14 Armata was first produced by Uralvagonzavod in 2015. It is 35 feet long, has an estimated speed of 58 miles per hour and an operational range of about 310 miles.

Its main weapon is a 125mm smooth bore cannon.

Tass quoted Rogozin as saying the number of Armata tanks that will be purchased for the army will be announced in September.