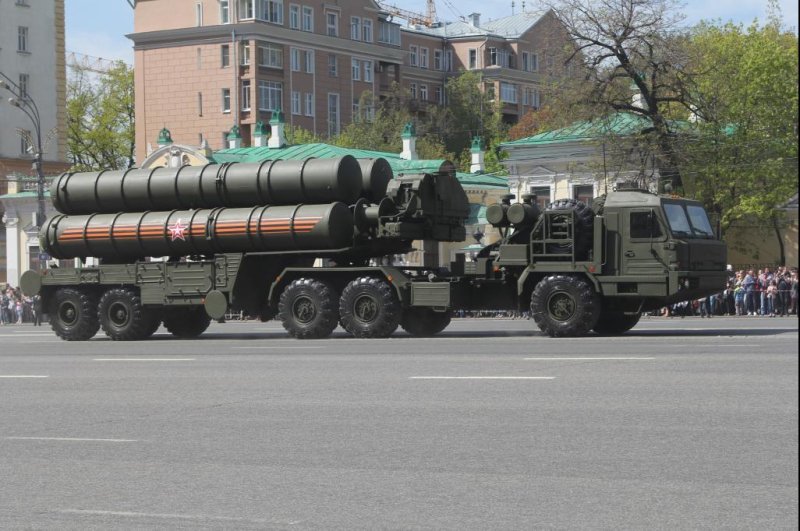 Turkey is interested in procuring Russia's S-400 missile defense system while the country works on its own domestic solution. Photo by Sokolrus/Wikimedia Commons

Feb. 22 (UPI) -- Defense leaders in Turkey are finalizing an agreement with the Kremlin to procure Russian-made S-400 missile defense systems.

The two countries have been in negotiations over the purchase since August 2016. Recent comments by Turkish foreign minister Mevlut Cavusoglu to local media quoted by the TASS news agency suggest the parties are close to reaching a deal.

The Daily Sabah reports Turkey's defense leadership says the goal of the purchase is to fulfill the country's missile defense needs while its own contractors work to produce a domestic solution.

RELATED Charles Woodburn to take over as BAE Systems CEO

"Turkey certainly needs a missile defense system and started a program with the aim of developing our domestically produced system," Turkish defense minister Fikri Isik said during a televised interview. "This program takes time, thus we have held negotiations with different countries to fulfill Turkey's urgent requirement and it seems as though Russia is the most suitable candidate for fulfilling the country's need at the moment."

Turkey's government has expressed interest in buying the S-400 since 2013, when it initially approached China for the missile system. Officials were forced to cancel the deal in November 2015 in response to NATO's disapproval.

"I believe that [NATO] will understand Turkey's decision [to purchase S-400s] and will empathize," Isik added. "Even some [other] NATO members have been using systems purchased from countries outside of NATO."