The sale provision of the services would come under a proposed U.S. Foreign Military Sales contract with a value of $400 million.

The proposed deal was reported to the U.S. Congress by the U.S. Defense Security Cooperation Agency, which said the package of services had the approval of the U.S. State Department.

The prime contractor for work under the award would be Boeing.

Defense News // 12 hours ago
Esper: U.S. grieves for Marines, sailor killed in training
Aug. 3 (UPI) -- Secretary of Defense Mark Esper said Monday the United States grieves the deaths of eight Marines and a Sailor who were killed over the weekend when their amphibious assault vehicle sank off the California coast. 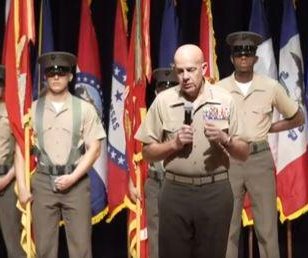 Defense News // 22 hours ago
Marines elevate training command for 'information-age model'
Aug. 3 (UPI) -- The U.S. Marine Corps announced an elevation of its Training and Education Command on Monday to a three-star command to reflect its importance as an effort to improve Marines' "intellectual edge," officials said.