A new small drone has achieved a flight endurance record. 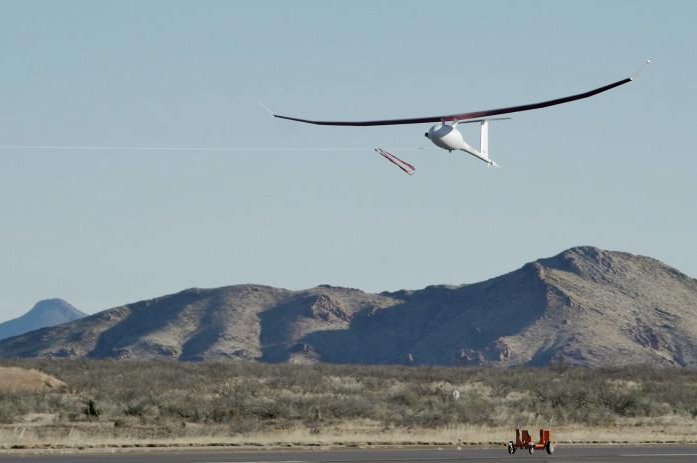 ARLINGTON, Va., Jan. 5 (UPI) -- A small propeller-driven drone has stayed aloft for more than two days and nights, achieving the world duration record for its class.

The U.S. Defense Advanced Research Projects Agency said the flight by the VA001 was conducted in late November and early December at at testing center in New Mexicos and "for nearly 56 hours, the plane flew at an altitude between 6,500 feet and 7,500 feet above sea level, averaging 57 knots before landing on the afternoon of December 2."

The flight was cut short because of bad weather but the unmanned aerial vehicle still managed to make its mark in the 50-500 kilogram (about 110-1,102 pound) subclass (FAI Class U-1.c Group 1). The flight was also the fourth-longest for any unmanned airplane and the 11th-longest for an airplane of any type -- manned or unmanned, solar or fuel-powered.

The VA001 was designed and built and flown by Vanilla Aircraft of Falls Church, Va., as part of a DARPA small business enterprise effort.

The record was certified by a representative from the National Aeronautic Association.