A Seoul military official said the aircraft should instill "fear" in the enemy. 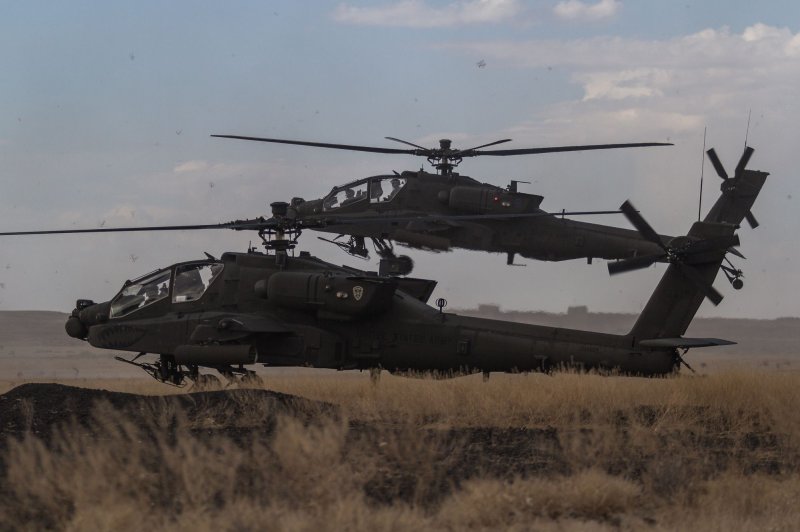 The 30-millimeter chain gun located under the aircraft's forward fuselage, as well as mounted rockets, can hit targets within a 1.25-mile range, according to the report.

The exercise involving six Apache helicopters was held at a military range in Yangpyeong, in South Korea's Gyeonggi Province, an area near Seoul.

South Korea first brought in Apache helicopters in May.

The exercise held Thursday included the firing of 30 rounds of ammunition from the helicopter's chain gun and the launch of two aerial rockets.

A second phase of the exercise included the firing of 10 rounds of ammunition and 12 South Korean pilots were involved in the training, according to the report.

Seoul's Army Chief of Staff Jang Jun-gyu told Yonhap the "Apache just in appearance is enough to give fear and send shivers to the enemy."

The helicopters would be responsible for defeating North Korean tanks coming across the demilitarized zone as well as incoming hovercraft.