A new diesel-powered variant to Polaris Defense's line off off-road vehicles for the military is being debuted. 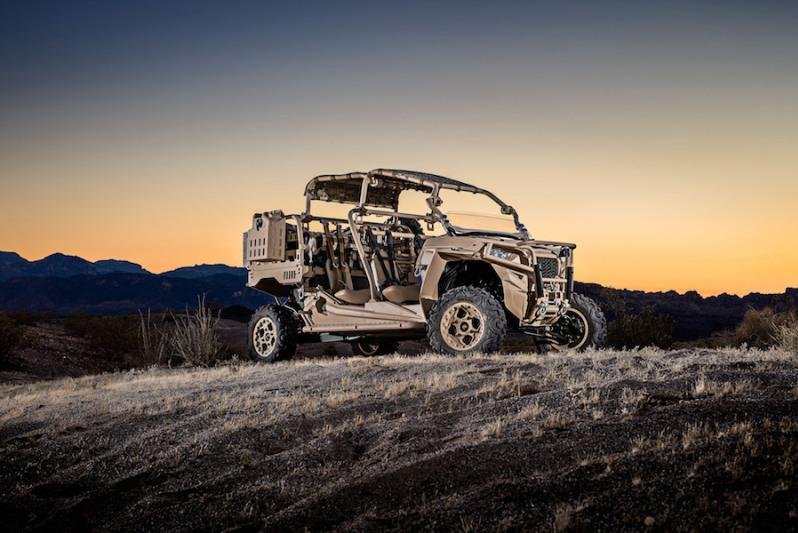 MINNEAPOLIS, May 19 (UPI) -- Polaris Defense reports it has added a high-performance turbo-diesel variant to its line of lightweight off-road vehicles for the military.

"The new turbo-diesel powertrain is significant in reducing the logistics burden for select U.S. services and many foreign militaries that have strict requirements for diesel fuel," said Jed Leonard, senior manager, Polaris Defense. "And as importantly for our military customers, we've engineered this diesel powertrain to meet the same mission requirements and extreme off-road performance that Polaris and the MRZR are trusted for in peacetime, security operations, and conventional military missions."

The company's MRZR vehicles, such as the gas-powered MRZR 2 and MRZR 4, can be configured to carry two, four or six persons and their equipment. They are also transportable aboard V-22 Osprey tiltrotor aircraft.

"Throughout the last three years, we've had an open dialogue with Polaris about how we were using the MRZRs, and enhancements that would help us complete our missions more effectively," said Brendon Reedy, LTATV acquisition program manager for U.S. Special Operations Command. "This has been very beneficial to us in the program office and the warfighters as Polaris has incorporated our requests.

"In the case of the MRZR-D, we suggested changes to improve sightlines and ergonomics, which were incorporated."

The MRZR-D is to be publicly debuted at the 2016 Special Operations Forces Industry Conference in Tampa, Fla., later this month and also at an upcoming exhibition in Canada.

Polaris said production and delivery of the new variant begins this year.