Kelvin Hughes' SharpEye radars are to be outfitted on new patrol boats for Britain's Royal Navy.

SharpEye consists of an I Band Doppler radar supporting both helicopter control and navigation and an E/F Band radar for navigation and collision avoidance. The system is interfaced with the vessel's combat management system -- as well as other third-party systems -- and can be accessed and controlled by Kelvin Hughes MantaDigital Tactical ARPA displays.

"We are proud to be involved with this important project, which represents the continuation of a long and successful relationship with the Royal Navy and Royal Fleet Auxiliary. The provision of SharpEye under this contract supports the MOD's desire for convergence, with SharpEye radars already in service with the fleet and/or selected for MOD programs."

The Royal Navy is scheduled to receive three OPV, which will enter service in 2017. They will be used for counter-terrorism, counter-piracy and anti-smuggling operations. 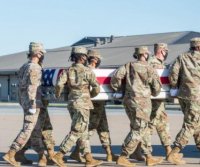