NORWALK, Conn., Sept. 5 (UPI) -- Xerox Corp. is digitizing immigration records of U.S. Citizenship and Immigration Services under a $16 million contract from the Department of Homeland Security.

The scanning and digitizing of records will be conducted over a three-year period at a company facility specifically designed for securely managing government documents.

Xerox is renovating a vacant facility in Barbourville, Ky., for the project and it is expected to open before the end of this year. The facility, the company said, will be compliant with the National Archives and Records Administration Facility Standards for Temporary Records Storage Facilities.

About 50 new jobs will be created in the Barbourville area as a result of the contract, Xerox said.

"The Xerox facility in Barbourville breathes new life into an area of Kentucky that will really benefit from the employment and peripheral business opportunities that typically come with a facility like this," said Paul Dole, president and chief executive officer of the Kentucky Communities Economic Opportunity Council, which is working with Xerox to recruit and train the workers. 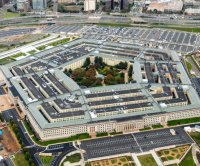 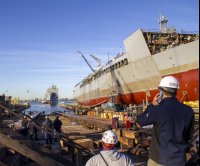