TEL AVIV, Israel, Aug. 16 (UPI) -- The Israeli government has decided to continue production of its main battle tank, the Merkava.

Israeli Minister of Defense Moshe Ya'alon announced the decision to resume Merkava production for the Israel Defense Force Armored Corps during a visit to northern Israel, where he met with defense manufacturers producing the Merkava in Kiryat Shmona.

The Merkava (Hebrew for "Chariot,") is currently the IDF's main battle tank. The Merkava entered official service in the IDF Armored Corps in 1979, with four variants having subsequently been deployed. The Merkava first saw extensive battle service during the IDF incursion into southern Lebanon in 1982. The Merkava was designed with Israeli innovations in reactive and heavy armor, enhanced crew protection, and efficient and simple maintenance and repair procedures.

The decision to restart production comes as Israel's government also seeks to shift the focus of Israel's armed forces from mechanized warfare towards increased use of aerial and cyberwar assets and universal conscription to a more highly trained professional force, Israel's Globes business newspaper reported on Thursday.

Israel's 2006 conflict with Hezbollah forces in southern Lebanon in 2006 raised questions about the Merkava's effectiveness in battle, as many Israeli casualties were Merkava tank crews, which had been targeted by Hezbollah fighters using largely Russian-supplied weaponry. By the time that the clash ended, Hezbollah fighters had launched more than 1,000 anti-tank missiles, hitting 45 percent of all IDF Armored Corps tanks and armored personnel carriers. Among the anti-tank weapons reportedly deployed by Hezbollah insurgents were Russian RPG-29 "Vampirs," AT-5 "Konkurs", AT-13 "Metis-M" and laser-guided AT-14 "Kornet" missiles.

Israeli innovations in three other areas contribute to the Merkava's effectiveness: reactive and heavy armor, enhanced crew protection, and efficient and simple maintenance and repair procedures.

Shortly before the outbreak of hostilities in 2006 in Lebanon the media reported that the Merkava line would be discontinued within four years, but later that year Haaretz reported that an Israeli General Staff assessment determined that the Merkava Mark IV, then in limited production, "if properly deployed ... can provide its crew with better protection than in the past," and deferred the decision on discontinuing the line.

Two months ago Israel's Defense Ministry stated that it would push for the Merkava tank production line to continue, citing the potential loss of 8,000 jobs if the project is shut down. Israeli defense Ministry Director-General Udi Shani warned the Knesset Labor, Welfare and Health Committee, "The Ministry of Defense will fight for the Merkava as it fought for a blue and white (Israeli) satellite and other systems. We aspire that our armored force strength will be among the best there are in the world with an active defense," adding that Merkava exports were roughly $700 million annually.

Israel's military, forced to cut billions of dollars from its budget, is preparing to sell hundreds of main battle tanks and other armored platforms, including older variants of the Merkava. Among those armored assets up for sale are Merkava Mark-1 and Mark-2s. An IDF spokesman, speaking on condition of anonymity said, "These platforms will probably never be used again in Israel and would do no good to spend money to maintain them in storage. You can expect to see foreign military delegations looking at this equipment over the next year."

RELATED If you're looking for a cut-rate F-16 or a Merkava tank...
RELATED Israeli defense industry eyes Turkey again 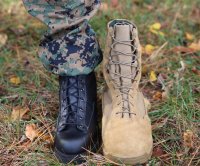