LIMA, March 26 (UPI) -- Peru is in talks with Spain and warplane suppliers as part of a low-budget plan to replace aging air force aircraft with second-hand Eurofighters and comparable fighters.

Cost is a major issue for Peruvian President Ollanta Humala, who is looking at competitively priced fighter jets that will fit the national budget.

Peru's cut-price fighter jet competition contrasts with Brazil's multibillion-dollar FX-2 replacement jet fighter program, which has gone on for more than two years without a decision on a final choice.

Peruvian news media said the government would be looking to replace aging fighter jets with Spanish Eurofighters -- or a mixed inventory that could include France's Rafale, Boeing's F/A-18E/F Super Hornet, SAAB's Gripen NG and Russian MiG-35 and Sukhoi Su-30/35.

Government sources didn't say if any of the jets was likely to be given preference. However, the most likely scenario will be Peru's option on second-hand Eurofighter jets released from the Spanish air force.

Humala's government has already made a formal request to buy 16 of the Eurofighters from Spain at a cost $61 million each and a relatively young service life of 600 flight hours, Flight International reported.

The Peruvian air force's current inventory includes Mirage 2000 and MIG-29 fighter aircraft, Mi-25D and Mi-35P attack helicopters and C-26B patrol aircraft. Most of the air force is considered to be approaching a stage where it may be rendered obsolete or require expensive repairs and upgrades.

As in neighboring Chile, which is also upgrading its long-neglected air force, the Peruvian military has struggled to keep pace with avionics and maintenance of the aircraft.

The air force suffered losses of fighter aircraft and combat helicopters in the 1995 border war with neighboring Ecuador and shortage of funds has prevented Peru from making good those losses.

Spain's government has tendered a proposal to Peru for the possible sale of 18 Tranche 1 Eurofighter combat aircraft in service with its air force, Flight International said.

The proposal was submitted at the request of the Peruvian Defense Ministry. If negotiations go forward, the intention would be to transfer all of the fighters to Peru within one year of a contract, Flight said.

Meanwhile, the government is continuing a costly overhaul of its Mirage fighters.

Neither the Mirage nor the MiG-29 is likely to remain in service beyond 2025. Questions have also been raised over the combat readiness of Peru's Russian SU-25 ground attack aircraft.

Peru is known to have at least 18 of the Soviet-era combat aircraft, which were widely used in Afghanistan after the 1979 Soviet invasion, in the Iran-Iraq war and other conflicts of the last century, but only four of those in the Peruvian air force are known to be operational, Flight International said.

Peruvian air force estimates say the upgrading of its Mirage 2000 and MIG-29 combat aircraft will entail an investment of $266 million, the Diario Correo newspaper reported.

Work on the upgrades is in progress and its completion is scheduled for 2014.

The Peruvian air force upgrade began about six years ago under the presidency of Alejandro Toledo and a key part, training of the pilots in the uses of new technologies, is continuing with French help. 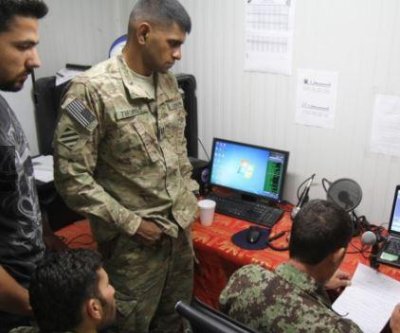