RIYADH, Saudi Arabia, Dec. 10 (UPI) -- Saudi Arabia's state giant Aramco says it's the target of a cyberwar campaign to cripple the world's largest oil exporter, as Persian Gulf states drive to erect defenses against attacks like the one that knocked out 30,000 Aramco computers recently.

That primary aim of the Aug. 15 attack "was to stop the flow of oil and gas to local and international markets," company Vice President for Corporate Planning Abdullah al-Saadan said Sunday in Aramco's first comments on the cyberstrike.

The attack, using a virus identified as Shamoon, was claimed by a hitherto unknown hacking group calling itself the "Cutting Sword of Justice," saying they were angry about Saudi policies in the Middle East and "crimes" in Bahrain and Syria.

But Iran was widely seen as the most likely culprit, probably retaliating for an unprecedented cyberattack on its national oil company in May.

Soon after the attack on Aramco, the RasGas natural gas company in neighboring Qatar was hit by Shamoon.

In the attack on Iran, employing a virus known as W.32.Flame, communications between production centers and facilities across Iran, including the country's main export terminal on Kharg Island in the northern gulf, were disrupted.

The National Iranian Oil Co. insisted that production and exports weren't affected but that was difficult to determine because Iran's oil and gas industry has been badly hit by U.S. and EU sanctions imposed in 2010.

The United States and Israel are widely believed to have been behind a series of cyberattacks on Iran's nuclear program at least since 2009 and U.S. officials say they fear Tehran will eventually retaliate against the United States.

Israeli security officials say the Jewish state has already been hit by cyberattacks, most of them supposedly thwarted, in recent months, with more expected.

The Israelis blame Iran, which is making an intensive and costly effort to develop its own cyberweapons to counter its adversaries' capabilities.

The Persian Gulf monarchies like Saudi Arabia that produce around one-fifth of the world's oil have been engaged in developing defensive cyber systems, although it's far from clear how successful they've been.

However, Intelligence Online website reported Nov. 29 that Abu Dhabi, the oil-rich powerhouse emirate that heads the United Arab Emirates, has created the Electronic Security Authority to protect its computer networks.

CyberPoint International, a small computer technology company in Baltimore that specializes in network penetration testing, has been hired to set up the ESA and train its staff, IO reported.

CyberPoint also works with U.S. federal agencies, including the U.s. Department of Defense, Homeland Security and the U.S. Air Force.

It was founded in 2009 by Karl Gumtow, former vice president for intelligence at U.S. defense contractor SRA International of Fairfax, Va.

CyberPoint's man in Abu Dhabi is Paul Kurtz, who headed the Office of Cyberspace Security during Bush's first term.

Meantime, Qatar and Saudi Arabia are reported to be negotiating contracts with U.S. cybersecurity firms.

Qatar, the world's leading gas exporter, was recently on contact with Booz Allen Hamilton, a major technology consultant in Virginia that has contracts with the U.S. National Security Agency and other intelligence services.

In the aftermath of August's Armaco and RasGas attacks, cyberwar expert Eugene Kaspersky warned in Dubai that industrial computer systems in the gulf will be increasingly vulnerable to attack as cyberweapons become more sophisticated.

"Next year will see an escalation of cyberweapons," declared Kaspersky, founder of the high-powered Moscow information technology security company that has identified several new computer viruses used in recent attacks, including those in the gulf.

The Middle East Economic Digest reported that gulf states have been spending around $10 million a year on cybersecurity, and that's now increasingly sharply as the threat grows.

"Cyberterrorism is now seen as big a threat to as a conventional terrorist attack on an industrial facility or oil pipeline," MEED said.

"Undetected malware could mean production at major oil firms in the region will grind to a halt if targeted. Power stations and industrial facilities could also shut down and national grids fail as a result of cyberterrorism."

Defense News // 40 minutes ago
Esper: Nation grieves over 9 service members killed in training
Aug. 3 (UPI) -- Secretary of Defense Mark Esper said Monday the United States grieves the deaths of eight Marines and a Sailor who were killed over the weekend when their amphibious assault vehicle sank off the California coast. 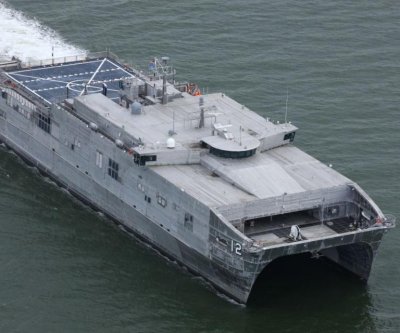 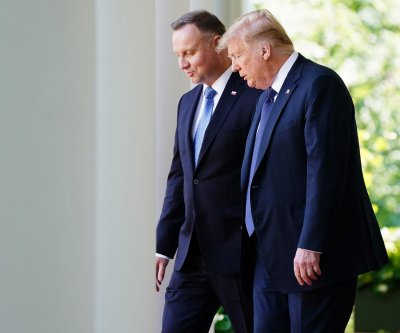 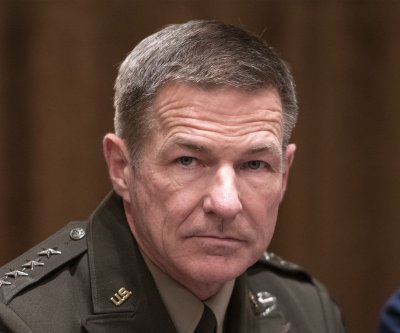