Israeli soldiers stand near the Iron Dome, a new anti-rocket system, stationed near the southern city of Beersheba, Israel, March 27, 2011. The Israeli Defense Force deployed the $200 million Iron Dome system in response to dozens of rockets fired by Palestinian militants from Gaza in the past weeks. The Iron Dome is meant to protect Israeli towns from rockets fired from Gaza. UPI/Debbie Hill | License Photo

TEL AVIV, Israel, Oct. 23 (UPI) -- Amid rising tensions in the Persian Gulf and war in Syria, U.S. forces and Israeli's military have launched a joint exercise dubbed Austere Challenge 2012 that officials say is the largest missile-defense drill staged by the two allies.

The three-week exercise will test Rafael Advanced Defense Systems' much-vaunted Iron Dome counter-rocket system, which has seen action against Palestinian militants, the high-altitude Arrow weapon developed by Israel Aerospace Industries and Boeing of the United States and the latest version of the Patriot missile built by Raytheon.

The exercise, which began Sunday, is the sixth in a series of large-scale missile defense exercises in recent years. It involves some 3,500 U.S. military personnel, 1,000 of them in Israel and the rest with the U.S. 6th Fleet in the Mediterranean Sea or with the U.S. Europe Command. Some 1,000 Israeli troops are taking part across the Jewish state.

Officials say the exercises will consolidate U.S.-Israeli military cooperation but there are clearly strains within this alliance.

Austere Challenge 2012 was scheduled for last spring but the Pentagon postponed it, supposedly at Israel's request.

Some 5,000 U.S. personnel had been slated to participate but Washington downsized the U.S. involvement in August, cutting the number of personnel to 3,500 and deploying one Aegis cruiser rather than the two originally planned.

The Americans said this was for logistical reasons. But the move came several days after U.S. Army Gen. Martin Dempsey, chairman of the U.S. Joint Chiefs of Staff, declared that he wouldn't be "complicit" in any threatened Israeli pre-emptive strikes against Iran's nuclear facilities.

Israeli leaders were angered by the U.S. decision.

"Short of standing in front of the camera and specifically telling Israel's prime minister, Binyamin Netanyahu, 'do not attack Iran,' an unthinkable act so close to the Nov. 6 U.S. elections, this is the clearest message Barack Obama could have sent," columnist Anshel Pfeffer wrote Sept. 1 in the liberal daily Haaretz.

RELATED Report: Funding for Iron Dome could be cut

But political sensibilities apart, Austere Challenge will enhance U.S.-Israeli cooperation in the event of a major missile attack on the Jewish state.

The topmost political and military echelons in Israel clearly fear that if Iran's nuclear infrastructure is attacked, Tehran, and probably its allies in Syria, Lebanon and the Hamas-ruled Gaza Strip, will retaliate with a massive missile bombardment that could last weeks, with wide-scale destruction and heavy civilian casualties.

The United States is locked in a confrontation with Iran in the Persian Gulf and tensions in the Middle East have been running high.

A key part of these defenses is a high-powered U.S. X-band radar, an AN/TPY-2 system built by Raytheon at its Andover, Mass., air-defense facility. That, too, has caused friction.

The Americans installed one of the systems, linked to two 1,300-foot towers, at Nevatim Air Base in the Negev Desert near the Dimona nuclear reactor, in 2008, reportedly at the request of Israeli Defense Minister Ehud Barack.

Not all Israelis were happy with this, since the radar allows the Americans to closely monitor Israeli air space and the Israeli military will only receive whatever data the United States deems Israel will need for operational purposes -- like a direct attack on the Jewish state.

The X-band can detect ballistic missiles, as well as aircraft, up to 1,500 miles away, track trajectories and provide ground-based missiles such as Arrow -2 with targeting data. That would give the Israelis an extra 60-70 seconds to react if Iran, for instance, launched missiles. Israel's own radars have much shorter ranges.

The $89 million radar is manned by 120 U.S. technicians and security guards, the only foreign forces based in Israel.

The Israeli military recently reorganized its air defenses, combining the air force and anti-missile systems run by a central computerized interception management center that will coordinate aircraft and interceptor missiles.

This includes counter-strike missions by the air force and Jericho-2 ballistic missiles. 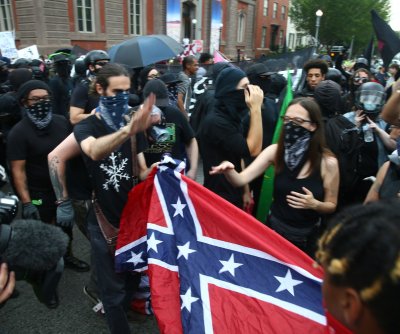