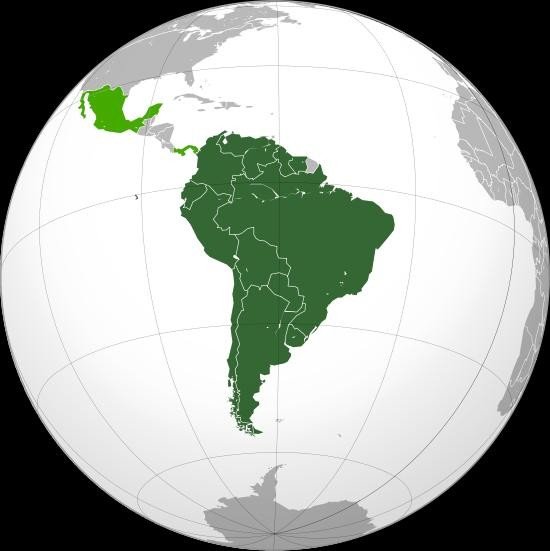 Members and observer states of the Union of South American Nations (Image courtesy of Wikipedia).

ASUNCION, Paraguay, May 11 (UPI) -- Countries under the Union of South American Nations flag pledged to share information on their military spending as part of a long-held goal for transparency in the political and military pact.

UNASUR members argue they have no differences strong enough to fighter over, despite reports Uruguay went on a war footing last year when Argentina objected to its eucalyptus pulp mill washing its waste into the Uruguay River.

Combative Buenos Aires government officials went to the International Court in the Hague, Netherlands, to try and shut the pulp mill down. The court ruled against Argentina, which spent several million dollars in legal fees.

Repentant Argentina sued for peace and after a few handshakes Uruguay announced plans to build a few more pulp mills.

Elsewhere, there have been no border tensions likely to flare up into armed conflict. Still, UNASUR members are spending billions on boosting defense, upgrading military equipment and recruiting more to their defense ranks.

The spenders say they need to do this to protect their commodities and natural resources, fight drug overlords, remnants of guerrilla groups and immigration gangs smuggling people into North America or from poor to rich neighbors within Latin America.

Argentina, Brazil and Chile are key recipients of migrants from poorer neighbors.

UNASUR said greater transparency of military spending would enable the group to monitor and control unwanted expenditure and check imbalances in military inventories that could cause potential flashpoints.

The union was formed in 2008, modeled after the European Union and aimed to be an alternative to the Organization of American States and any other group lobbied from North America. UNASUR's chief aim still is EU-style political integration, and the striving toward transparency in military spending is part of that effort. Eurozone troubles have led to a rethink on risks within UNASUR.

"It's the first time we manage that all South American countries get together and put on the table what are our investments in defense and how large are our budgets," Carvajal said after the member countries announced their agreement in principle on sharing of military data.

"It is essential that we consolidate transparency conditions and mutual confidence in the region," Carvajal said.

UNASUR's declared program of military transparency was launched last year but did not get sufficient backing from members. After January the figures revealed only six members had contributed information, but further diplomacy brought the work up to date. Alfredo Forti, head of the UNASUR Strategic Studies Centre in Buenos Aires, said all members had now contributed their statistics.

It was not immediately clear if UNASUR plans to set in motion independent auditing or verification of data supplied by the member countries.

A final report on the group's military spending will be presented at a ministerial meeting in Asuncion in June. The collected information refers to military spending from 2006 to 2010. Ministers still need to decide and approve how much of the data can be made public.

UNASUR recently received a gift of a mobile military and civilian hospital from China. Defense industries worldwide have focused on South America as a potential growth market for their products and services.