ANOKA, Minn., March 13 (UPI) -- As many as 450 million rounds of .40-caliber ammunition are being produced for U.S. government agencies by ATK of Minnesota.

The order comes under an indefinite-delivery/indefinite-quantity contract from the U.S. Department of Homeland Security, U.S. Immigration and Customs Enforcement for HST bullets.

"We are proud to extend our track record as the prime supplier of .40-caliber duty ammunition for (Homeland Security), ICE," said Ron Johnson, president of ATK's Security and Sporting group. "The HST is a proven design that will continue to serve those who keep our borders safe."

ATK was the incumbent and won the contract with its HST bullet. The HST is a hollow-point round that holds its jacket even after passing through barriers.

ATK said the contract features a 12-month base performance period and four option years. The ammunition will be produced at the Federal Cartridge Company facility in Anoka, Minn., with deliveries of the rounds to begin in June.

Defense News // 17 hours ago
USS Pinckney crews seize $4.5M worth of cocaine in Caribbean
Aug. 11 (UPI) -- Crews on the USS Pinckney seized more than 120 kilograms of suspected cocaine -- worth $4.5 million -- at the end of July, according to the Navy. 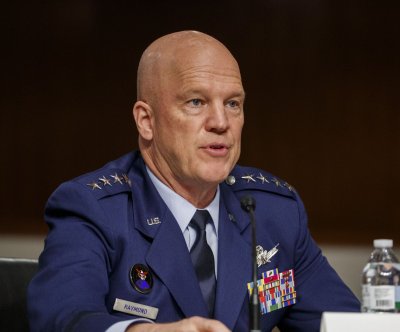