DUBAI, United Arab Emirates, March 6 (UPI) -- The Persian Gulf arms race is accelerating amid the smoldering confrontation between Iran and the United States, with gulf monarchies re-examining their defense programs even though they've spent far in excess of $100 billion on arms since 2006.

Rising tensions with Iran, a predominantly Shiite Muslim country suspected of working toward development of a nuclear weapon, is likely to drive rival Sunni Muslim states like Saudi Arabia, Egypt and Turkey to acquire nuclear weapons as well.

But that's some way in the future. In the meantime, the Gulf Cooperation Council states -- Saudi Arabia, the United Arab Emirates, Kuwait, Qatar, Oman and Bahrain -- are bolstering defense budgets to counter Iran and are being encouraged to do by the United States.

"Military spending is increasing across the gulf," the Middle East Economic Digest reported. "With the exception of Oman, the GCC states have all accelerated defense expenditure since 2006."

But this isn't just to strengthen defenses against Iran and its swelling force of ballistic missiles that even without nuclear warheads are powerful weapons to be used against sprawling oil installations and even cities.

It's widely seen as a systematic long-term effort by the United States to keep its defense industry functioning at a time when the U.S. Department of Defense is drastically cutting its defense spending and reducing the size of the U.S. military to rescue the economy.

The Persian Gulf monarchies, all but Bahrain rich in oil or gas or both, have become vital partners in the Obama White House's drive to ramp up military sales to its Middle Eastern allies as it cuts back U.S. defense spending and shrinks the United States' costly military forces.

Historian and anti-war activist Nick Turse observed recently: "The agreement to broker the sale of tens of billions of dollars' worth of weapons to Saudi Arabia sheds light on the Pentagon's efforts to shield itself -- and its favored arms dealers -- from the shakiness of the American economy, as well as President Barack Obama's stated goal of trimming $400 billion from projected national security spending of $10 trillion over the next 12 years."

Turse, who has written extensively on U.S. military affairs, says the administration has been creating "a comprehensive plan to sustain and enrich weapons makers and other military contractors in the coming years" to shield them from the downturn in domestic defense spending by expanding military exports.

"America's Middle Eastern allies are seen as a significant partner in this effort … When it comes to the Middle East, the Pentagon acts not as a buyer, but as a broker and shill, clearing the way for its Middle Eastern partners to buy some of the world's most advanced weaponry."

Critics say this has led the United States to support Arab dictators like Egypt's Hosni Mubarak, a longtime U.S. ally who was toppled in February 2011 in one of the first pro-democracy revolutions to sweep the region.

Saudi Arabia, one of the most heavily armed Arab powers and by far the richest, has gone along with Washington's wishes.

The blockbuster multiyear, $60 billion deal in 2010, the largest foreign arms sale in U.S. history, "signaled far more of the same and will help ensure the continuing health and profitability of Boeing, Lockheed Martin and other mega-defense contractors even if Pentagon spending goes slack or begins to shrink in the years to come."

"Militarily, Riyadh's challenge is not a matter of hardware: Saudi Arabia already fields a broad spectrum of some of the highest-end and most modern military equipment in the region," it said.

"Instead, its challenge is fielding that hardware. With deliveries years away, the deal will do little to balance the resurgent Iranian regime in the near-term, and prolongs Saudi Arabia's dependence on U.S. defense support." 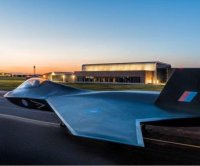 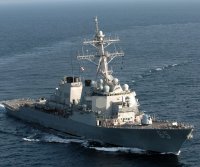