The craft has been networked with the Milstar constellation.

After testing, the AEHF SV-1 will be turned over to the U.S. 14th Air Force at Vandenberg Air Force Base, Calif.

"I am extremely proud of the team that raised the SV-1 to geosynchronous orbit and successfully demonstrated its on-orbit performance," said Kevin Bilger, Lockheed's Global Communications Systems vice president and general manager.

"Their ingenuity, perseverance and dedication to the mission enabled this critical national asset to stand ready to provide our warfighters around the globe with unprecedented new protected communications capabilities." 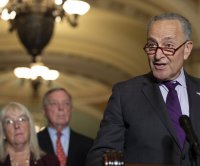