ORLANDO, Fla., Sept. 19 (UPI) -- Two security firms have teamed up to fight for new business arising from the growing perception of cyberthreats posing the great menace to critical infrastructures.

A scramble for cyberspace security that began before the Sept. 11, 2001, attacks on the United States is in full steam with increasing numbers of defense and security firms pooling resources and research funds into new ways of staying on top as the competition from rival firms grows.

Both government and corporate funding into cybersecurity has increased globally as defense spending on conventional weapons has slowed. The defense and security industry sees cybersecurity as a major earner, making up for some of the lost business in conventional defense sales.

AlertEnterprise and Proximex unveiled plans to take on jointly an increasingly competitive market in security products and services.

AlertEnterprise is a provider of logical-physical security convergence software and Proximex deals in event and information management for both physical and logical security markets.

RELATED Cyberterrorism a threat that won't go away

The companies said they hope to offer combined products and services to "deliver complete visibility as well as rapid and effective response."

The companies' focus on prevention of theft, sabotage and acts of terrorism by streamlining onboarding and offboarding and delivering identity intelligence to track physical access into facilities and "logical access into applications and systems controlling critical assets."

Recent intelligence reports continue to express concern about the vulnerabilities inherent in the United States' overall national infrastructure, the companies said in a news release.

Following 9/11, the U.S. Department of Homeland Security established 18 Critical Infrastructure and Key Resource Areas. In addition to federal government applications, the segments that can most immediately benefit from these combined capabilities are energy, including the utilities, oil and natural gas, nuclear industries and related transportation, aviation and mass transit, plus healthcare and pharmaceuticals and industries and institutions handling chemicals.

The companies' comments coincide with the ASIS International 2011, the security industry's largest physical security conference and exhibition that opened Sunday in Orlando, Fla., and continues through Thursday. 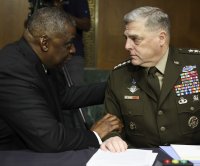