MINNEAPOLIS, March 23 (UPI) -- The U.S. Navy has contracted Alliant Techsystems of Minnesota to produce special ammunition for use in special operations rifles.

The ammunition, with improved accuracy, stronger barrier penetration and a lower muzzle-flash, will be manufactured in 5.56x45mm and 7.62x51mm calibers and is short-barrel optimized.

The rounds are designed for use with the MK16 and MK17 Special Operations Combat Assault Rifle Weapon System.

ATK said production will be performed at ATK's Federal Premium Ammunition plant in Anoka, Minn. Deliveries are expected to be completed in 2015.

The contract is worth $49 million.

"ATK is the clear leader in developing new ammunition technologies for commercial use," said Ron Johnson, president of ATK's Security and Sporting group. "We are now applying our research and development capability to satisfy the needs of our special operation forces."

Defense News // 1 hour ago
Army scientists say they could have a COVID-19 vaccine by year's end
June 2 (UPI) -- Army scientists are testing coronavirus vaccines developed by outside laboratories -- but also one created by the Army itself -- and are optimistic they'll have a vaccine ready by the end of the year.

Defense News // 1 day ago
NATO's BALTOPS 2020 exercise to involve 19 countries
June 1 (UPI) -- The BALTOPS 2020 Baltic Sea military exercise is set to kick off this week, and will occur exclusively at sea to reduce the threat of COVID-19 spread, the U.S. European Command said on Monday. 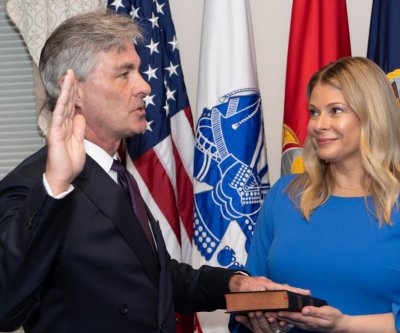