U.S. Undersecretary of Defense Ashton Carter, head of acquisitions at the Pentagon, hinted at the possibility saying that there was "nothing on our side, no principle that bar Indian participation in the Joint Strike Fighter program."

"Right now," he added, "they're focused on these aircraft which are top-of-the-line fourth-generation fighters."

Speaking in response to a report by Carnegie Endowment's Ashley Tellis on India's Medium Multi-Role Combat Aircraft, Carter clarified, however, the decision would be "India's alone."

Determined to increase its defenses and become a regional superpower, India plans to spend up to $30 billion on its military by 2012. In recent months, it inducted a long-range, nuclear-tipped missile into its armed forces, unveiling a defense spending budget spiked by 24 percent since last year.

The United States' consideration of offering the F-35 to India isn't new.

In 2007, Lockheed Martin briefed Indian air force officials on the stealth aircraft but plans for a sale were subsequently blocked by Washington.

Lockheed Martin Vice President Orville Prins recently confirmed that the company had received an official interest request by the Indian navy. The request concerned naval variants of the F-35, including the F-35B STOVL and F-35C.

"We are going to offer our aircraft to them," he was quoted saying by the Defense Update Web site.

The possible release of Joint Strike Fighter program technology to India marks a significant shift in policy toward New Delhi, a change resulting from growing concern over the military growth of China.

Also, if the United States holds out on its initial reservations, it may lose a potential client to Russia.

Defense News // 23 hours ago
White House notifies Congress of plan to sell F-35s to UAE
Oct. 30 (UPI) -- The White House has informally notified Congress of the proposed 50-aircraft, $10.4 billion sale, which would make UAE the second Middle East nation, after Israel, to own the stealthy F-35 Joint Strike Fighter. 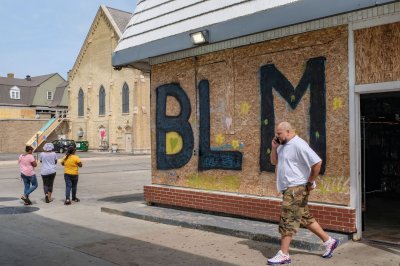