French Minister of Defense Herve Morin speaks to the media after meeting with Defense Secretary Robert Gates at the Pentagon in Arlington, Virginia, on September 16, 2010. UPI/Roger L. Wollenberg | License Photo

Military experts from both nations met this month to find ways to share weaponry and manpower in light of growing pressure to reduce defense budgets.

London is planning to install catapults on its second new aircraft carrier, which would then be able to launch the Dassault Rafale, France's agile multi-role fighter jet, Defensenews.com reports.

The move became necessary after it surfaced that London would scrap its fleet of vertical take-off planes, the Harrier jump jets, to cut costs.

London has will complete construction of two new aircraft carriers for some $9.5 billion, built by a consortium including BAE Systems and Babcock International from Britain and France's Thales. In their original state, however, these carriers can't launch fixed-wing jets such as the Rafale, requiring retrofitting with catapults.

That means both nations would have a similar fleet of carriers that could free the way for interoperability and joint staff training.

RELATED U.K. in the race to sell Brazil warships

Moreover, London could use the Rafales well to fill the gap left by the scrapped Harrier jump jets until the Joint Strike Fighter -- also able to take off vertically -- is introduced in 2020.

France might get additional carrier power in times of strained budgets.

The French navy operates the carrier Charles de Gaulle, the only nuclear-powered carrier built outside the United States. Paris has contemplated building a second carrier but might scrap that plan because of budgetary pressure. As the Charles de Gaulle is aging -- its first major overhaul took place between July 2007 and December 2008, and it has recently had to undergo several additional small repairs -- France could rely on the British carrier, and vice versa, to have a permanent presence at sea.

There is room for additional cooperation.

Morin told La Tribune that he could imagine a British frigate protecting a French aircraft carrier, and vice versa. Moreover, Paris and London could share maintenance and staff training for the Airbus A400M military transport aircraft and launch cooperation on the development of a European drone.

"And finally there's the whole question of the European missile rationalization," Morin said. 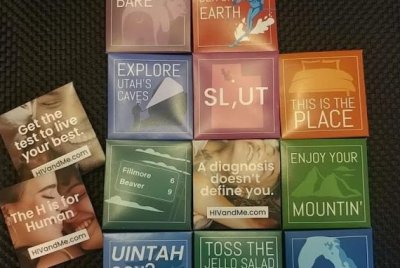