Singapore 'to get Israel's Iron Dome'

TEL AVIV, Israel, April 2 (UPI) -- Singapore is reported to be acquiring Israel's new Iron Dome anti-missile air-defense system under a once-secret military cooperation pact with the Jewish state that dates to the 1960s.

Indeed, according to the Paris Intelligence Online Web site, Singapore helped finance the development of the system by Rafael Advanced Defense Systems.

It says that Iron Dome was always intended for the island, a key Asian shipping hub and one of the richest per capita states in the world, because of its strategic location as a trading center.

The Israeli air force, which runs the Jewish state's air defense network, completed test-firings of the system in January and the first battery is currently becoming operational.

Israeli media reports say the missiles, designed to shoot down hostile missiles with ranges of up to 25 miles, are being deployed along Israel's northern border with Lebanon.

There are growing fears of a new Middle Eastern war and Hezbollah, the Iranian-backed Shiite movement in Lebanon, has an arsenal of up to 45,000 rockets and missiles, Israeli Defense Minister Ehud Barak has claimed.

Israel's defense links with largely Chinese Singapore go back to 1965, shortly after the island city-state, a former British colony off the southern tip of the Malay Peninsula, split from the Federation of Malaysia.

Singapore's founding father, Lee Kuan Yew, wanted to establish a military to defend Singapore, which has a landmass of only 274 square miles, since it was ringed by Muslim nations -- as is Israel.

He turned to the Jewish state, through the Israeli ambassador in Thailand, for help. Israel sent a military mission led by Maj. Gen. Rehavam Ze'evi, then deputy head of the military's operations branch. (Ze'evi was assassinated in Jerusalem by Palestinian gunmen in October 2001.)

Lee insisted on secrecy because he didn't want to antagonize his Muslim neighbors, Malaysia and Indonesia. The team of Israeli instructors arrived in October 1965. Lee wrote in his 2000 autobiography: "To disguise their presence, we called them 'Mexicans.' They looked swarthy enough."

Today, Singapore's armed forces, 72,500-strong, are considered one of the most advanced militaries in Southeast Asia.

Iron Dome will be a crucial element in Singapore's drive to build a defensive shield around one of the world's biggest and most important ports.

Israel is determining how many batteries of Iron Dome and two other systems that will make up its planned multi-layered missile shield, will be required. Each battery, which costs $50 million, can cover an area of around 60 square miles, which means 13 of them would be needed to cover all of Israel.

The Arrow-2 high-altitude anti-missile system, the only tier to be fully tested and established, cost some $2 billion to develop, largely with U.S. funds.

Israel shunned buying already developed U.S. systems, which would be cheaper. So far, the Defense Ministry has budgeted for one Iron Dome battery but will clearly need several more.

"So why develop such an expensive system, instead of acquiring Raytheon's cheaper Centurion system?" Intelligence Online asked.

"Some Israeli arms programs are too costly for the local market and are developed principally for export. Iron Dome is a typical example.

"From the outset, Iron Dome was always intended for Singapore, which helped finance its development," Intelligence Online explained. "Iron Dome will be battle-tested in Israel ahead of export to Singapore at a late date."

Singapore has also acquired unmanned aerial vehicles from Elbit and Rafael for surveillance to enhance maritime security in the Malacca Strait and the South China Sea. 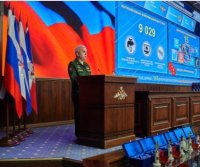