According to the Jerusalem Post, the two sides reached an agreement on several Israeli demands to integrate Israeli technology into the aircraft. That followed a series of visits to Washington by the commander of Israel's air force, Maj. Gen. Ido Nehushtan, and the air force's equipment and procurement director, Brig. Gen. Kobi Bortman.

According to Israeli reports, the Americans agreed to allow the Israelis to incorporate their own electronic warfare and communications systems into the fifth-generation fighter, and to allow the Israeli air force to maintain the aircraft independently of the United States.

The Post reported that one of the Americans' "main concerns regarding the installation of Israeli systems was that it would require configurations to the jet's internal computer system and expose top-secret technology to Israel." The Israelis apparently agreed to bypass the computer mainframe when installing the systems.

Israel has made an all-out effort to acquire the F-35, also known as the Joint Strike Fighter, because its range, striking power and radar-evading stealth characteristics make it essential to counter the S-300PMU air-defense missile systems Jerusalem fears Russia will sell to Iran to protect its nuclear facilities and other strategic targets.

The mobile S-300 is one of the highly advanced air-defense systems in the world. Known in the West as the SA-20, it is capable of shooting down aircraft or cruise missiles from altitudes as low as 30 feet to as high as 90,000 feet.

Moscow, pressed by Israel and the United States not to provide Iran -- or its Arab ally Syria -- with the S-300, has repeatedly denied that it intends to do so. But according to the Washington Institute for Near East Policy, a pro-Israel think tank, the Russians could still sell Tehran the S-300V, a less capable system known as the SA-12 in the West.

There has been repeated speculation that Israel may launch a pre-emptive strike against Iran's nuclear installations to block its efforts to enrich uranium to weapons grade.

U.S. President Barack Obama's administration has demanded the Israelis stay their hand to give his diplomatic outreach to Iran time to pursue an agreement with the Islamic republic that it will not build nuclear weapons.

From that perspective, U.S. agreement to allow Israel to fit its own equipment into the F-35 -- the crux of the standoff over the aircraft -- could be seen as an effort to placate the Israelis at this critical period.

"Israel currently believes that its F-15I and F-16I aircraft maintain a viable strike option against Iranian nuclear targets," according to a Washington Institute analysis published in March.

"As long as this remains the case, Israel may remain receptive to requests to give diplomacy more time. Increasingly clear, however, is that Israel regards the S-300 (in any configuration) as closing an important window of opportunity; Iran's acquisition of the S-300 would render Israel's current strike options dramatically more difficult, and could force Israel to considerably move forward any strike timetable."

Israel originally had its sights on the U.S. F-22 stealth fighter since development of that jet began in the early 1990s. But the Americans decided to block any foreign sales of the F-22, known as the Raptor and which is now in service with the U.S. Air Force.

Israel switched its sights to the F-35A, which is being developed by Lockheed Martin and eight foreign partners -- Britain, Italy, the Netherlands, Turkey, Canada, Australia, Denmark and Norway.

Israel wants an initial purchase of 25 aircraft, enough for one squadron with delivery starting in 2010, and an option for 50 more. 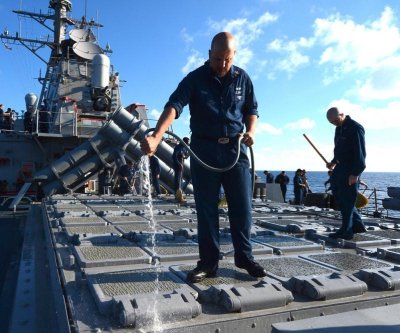 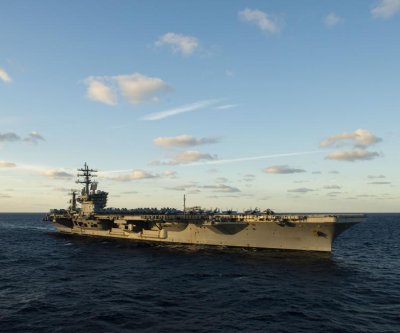