WASHINGTON, Jan. 20 (UPI) -- The American Lockheed Martin F-35 stealth Lightning Joint Strike Fighter is designed to destroy Russia's S-300 anti-aircraft missile systems, its developers say. The F-35's capability is particularly relevant in this time of increased concern over Russia's alleged sale of S-300s to Iran, a nation that has repeatedly threatened to "wipe Israel off the map."

According to Pravda.ru, Lockheed Martin Executive Vice President of F-35 Program Integration Tom Burbage said that, with acquisition of the F-35 fighters, Israel should no longer fear the possibility of facing S-300 systems in Syria and Iran. The computer simulations have demonstrated that the Lightning can defeat Russia's S-300 in combat.

The Russian S-300 system (NATO designations SA-10 Grumble, SA-12 Giant/Gladiator, SA-20 Gargoyle) is considered to be one of the most advanced surface-to-air SAM systems in the world. The long-range surface-to-air missile system defends against aircraft, cruise and ballistic missiles.

Allegations that Russia may be supplying Iran with S-300 missiles have circulated in the media since 2005. Such missiles could boost Iran's defensive capabilities against possible airstrikes targeting its nuclear program. In the past, Moscow denied Iran's statements that such deliveries had taken place.

The latest row over S-300 sales came after Iran's official Islamic Republic News Agency cited a senior Iranian MP, Ismail Kosari, as saying that Russian and Iran had finalized the S-300 deal and Russia had started supplying the systems. This was predicted last fall in Washington by a visiting Russian official with good knowledge of the region. While Iran has neither confirmed nor denied the statement, military experts do not rule out the possibility of on-site S-300 assembly from components allegedly supplied to Iran.

However, Moscow insists its military cooperation with Iran includes only defensive weapons and complies with international commitments. RIA Novosti reported on Dec. 25, 2008, that the Russian Foreign Ministry had denied selling S-300 systems to Iran. According to The Jerusalem Post, Israeli officials say they have received assurances from senior Russian officials that they will not sell S-300s in the Middle East.

Russia's state weapons exporter, Rosoboronexport, has confirmed that its sales to Iran include surface-to-air missiles but did not clarify if this includes the sophisticated S-300 missiles.

Although the sale of the S-300 to Iran is not prohibited, such a deal would be a game-changer in the Middle East. First, with S-300's range of close to 200 kilometers (120 miles), Tehran could threaten U.S. and allied troops deployed in Afghanistan and Iraq, if it were to deploy the system along Iran's borders. Second, it would boost the defense of Iran's Bushehr reactor, which Russia has built. Finally, Tehran also could use S-300s to protect its Natanz uranium-enrichment plant.

A nuclear-armed Iran would be a threat to the region and would likely trigger a regional nuclear arms race, as Israel, Turkey, Egypt and Saudi Arabia would not sit idly while Tehran is building its nuclear arsenal.

Iran's current air defense system is outdated and would not defend against a massive airstrike aimed at its nuclear facilities. Israel, or under certain circumstances, even the United States, does not rule out the possibility of such a strike. If S-300s enter into service in Iran, they may deter potential strikes by Israel, unless Israel either acquires new American F-35s capable of destroying S-300s or executes a pre-emptive strike on Iranian S-300s before they become fully operational.

It's all a question of timing and capabilities. Experts estimate it may take up to one year after delivery for Iran to install S-300s and make them operational. The F-35s will be available to Israel no earlier than in 2011-2013, according to defense industry estimates. The sand in the Middle Eastern doomsday scenario clock is running out.

(Ariel Cohen, Ph.D., is a senior research fellow in Russian and Eurasian studies and international energy security at the Catherine and Shelby Cullom Davis Institute at The Heritage Foundation.) 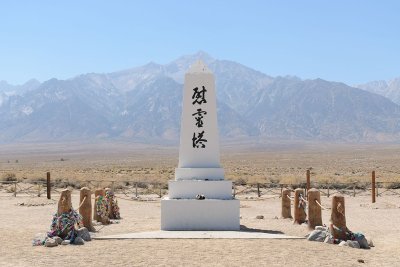