Net centric war doesn't have all the answers

WASHINGTON, Nov. 10 (UPI) -- Prompted by the collapse of the Soviet Union and the Internet revolution, Network Centric Warfare has become one of the latest iterations in attempts by the Department of Defense to formulate a coherent framework to transform our military forces and address future threats. It became the centerpiece of former Secretary of Defense Donald Rumsfeld's attempt to transform the U.S. military.

As military historian and theorist Frederick W. Kagan once suggested, NCW diminished Pentagon angst by providing that framework to transform the force. That is, build everything around the network. The concrete manifestation was investment in precision munitions, the communications and analytical tools needed to provide them with targets, and the platforms needed to launch them.

Rumsfeld was correct to an extent. It may be the most effective killing machine man has yet devised for traditional maneuver warfare of mass formations, fixed targets, massive firepower and the ability to clearly distinguish between combatants and non-combatants.

True, but NCW and fewer troops were ill-suited for what was to follow those quick victories, stability operations. The NCW theory did not fully consider an urban insurgency by the rapidly adapting enemy and a "battlefield" not ideally suited to implement it, which is building, not destroying.

By early 2006, the Quadrennial Defense Review attempted to describe the nature of how the Department of Defense needs to transform to meet this new strategic environment. This new setting is one characterized by uncertainly rather than the predictability of the Cold War Era and whose threats may originate as much from non-state players as from traditional nation states.

The type of transformation required to address this new operating environment parallels, to a significant extent, those necessary to train and equip joint forces to execute stability operations. To be successful, stability operations require the ability to shape the environment through the appropriate application of all instruments of national power, build capacity with local partners and integrate more effectively civilian-military operations through ongoing interagency and multinational collaboration facilitated by enhanced technical interoperability.

When military operations are required, they should be done in coordination and sometimes simultaneously with diplomatic, informational and economic efforts, focusing less on kinetics than on the desired effects. The effective use of force requires timely, actionable intelligence and real-time analytics using tailored and flexible force packages in response to conventional or non-conventional threats.

(In Part 2: Military doctrine is experiencing a fundamental shift from the linear approach to "diffused" warfare.)

(Lawrence Sellin, Ph.D., is an Army reservist and an Afghanistan veteran.) 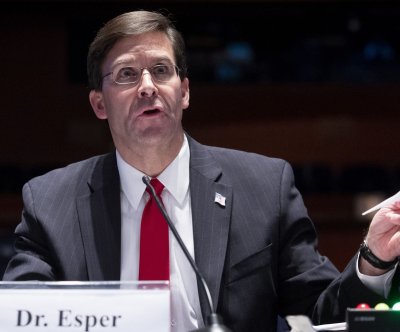