WASHINGTON, Aug. 13 (UPI) -- Russia has a record of building endless numbers of usually reliable intercontinental ballistic missiles, included man-rated boosters of a kind the United States is no longer capable of producing. So why has it been having so much trouble with its new Bulava submarine-launched ballistic missile?

The problem may be in part the loss of the great engineering sources of the Donbass, or Don Basin, that are now in independent Ukraine. But that hardly appears to be the real problem. After all, Russia’s record in safely launching an apparently endless parade of cosmonauts and even U.S. astronauts to the International Space Station, even when the notoriously unreliable U.S. space shuttle is grounded for months at a time, remains enviable. And other strategic missile systems like the RS-24 and the now proven Topol-M have had far smoother records of development. So why the problems with Bulava?

It is not even as if the Bulava is a new design being built from scratch: In the best traditions of aerospace development over the past 90 years, it is meant to be an adaptation and evolution of the already proved and tested Topol-M design.

Nor has the problem been one of lack of resources. Global oil prices and general energy prices have been steadily climbing for the past eight years, and under President Vladimir Putin, Russia has become the world’s biggest combined oil and gas exporter. Putin and his longtime defense minister, current First Deputy Prime Minister Sergei Ivanov, have taken advantage of this windfall to pour resources into their strategic weapons rearmament and modernization program not seen in more than a quarter of a century since the heyday of Soviet President Leonid Brezhnev.

As the Russian independent newspaper Kommersant noted in a Dec. 27, 2006, report, "The R-30 Bulava, or SS-NX-30, intercontinental ballistic missile is a version of the land-based Topol-M ICBM that is cut down in length in order to fit into a submarine missile firing tube. This cuts back the amount of solid fuel propellant it can carry and reduces its range to a still formidable 4,800 miles. ... Each Bulava can carry up to 10 independently launched re-entry vehicles or MIRVs that could strike different targets, so a single Borei class submarine would have the capability to annihilate up to 120 American or European cities."

But the designers of the Bulava at the Moscow-based Heat Technology Institute faced another challenge with their missile. In order to cram 12 to 16 of them into launch tubes on the four new “fourth generation” Borei-955 strategic nuclear submarines, they had to produce lightened as well as shortened missiles that nevertheless were capable of carrying up to 10 multiple independently targeted re-entry vehicles or MIRV-ed warheads on each one. Each Bulava was therefore designed to weigh only 30 metric tons.

As Viktor Yuzbashev, a respected Russian military commentator, wrote for RIA Novosti last week in a column reprinted by permission of RIA Novosti by UPI, “Some experts claim that such a light missile could not carry 10 warheads.”

Russian ICBMs have usually been much larger than American ones. Even earlier generations of SBLMs were designed to be carried on gargantuan 24,000-ton Typhoon-class nuclear submarines heavier than the past generation of British aircraft carriers. But Typhoons were therefore sitting ducks for U.S. nuclear attack subs equipped with undersea stealth technologies. Russian designers believe and hope that the smaller and quieter Boreis will at last incorporate many of the harder-to-detect characteristics that U.S. nuclear subs have enjoyed for decades. But in turn, this means smaller rocket tubes and smaller ICBMs.

The Bulava’s testing woes therefore cannot be simply fixed by more resources or the old Russian ballistic missile design expedient of adding external boosters or making the rocket casing bigger. Whether the Bulava has finally surmounted its old problems remains to be seen. 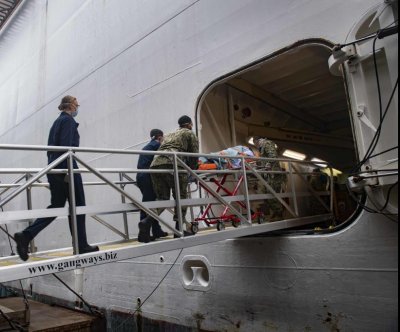