BEIRUT, Lebanon, July 18 (UPI) -- Israel appears to be seeking to engage the Lebanese army in its open war against Hezbollah, in which civilian infrastructure has been targeted.

Israeli warplanes pounded an army barracks east of Beirut in an overnight raid in which 11 troops, including four officers, were killed and 40 injured, an army statement said Tuesday.

Over Monday night and Tuesday morning there were attacks on south Lebanese villages by air and sea for the straight seventh day, despite diplomatic efforts deployed by the United Nations and the European Union to reach a political solution.

Security sources said 16 people were killed and 18 injured in the raids Tuesday on several Lebanese regions, including the ancient city of Byblos, north of Beirut, and Wadi Shahrour, which overlooks the Lebanese capital to the east, mainly targeting trucks.

Israeli attacks have been targeting trucks, presumably on suspicion that they may be being used to transport ammunition to Hezbollah fighters in south Lebanon.

Beirut's southern suburb, a bastion for the Iranian-backed Hezbollah, was also the target of overnight shelling by warships stationed off Lebanese shores.

The attacks continue parallel to U.N. and EU efforts to achieve a cease-fire and a proposed settlement regarding the issue of the two Israeli soldiers whose kidnapping by Hezbollah militants in a cross-border attack last Wednesday provoked Israeli retaliation.

In the meantime, foreign embassies, including those of the United States, France and Britain, have started evacuating their nationals from the war-torn country. 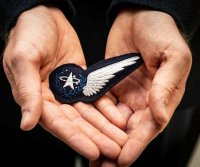