Analysis: Why the U.S. should engage Iran

"If the effort to start negotiations with Iran succeeds, that's a good start. If it fails, then by making the effort to engage with Iran along with our European partners, then we will be in a much better position to seek multilateral cooperation to bring sanctions against Iraq, or to set the stage for other options," Gates said.

"If we are not to try to do these things alone, then we have to go this multilateral route," he said. "By working with the Europeans, we get an opportunity to stiffen their spines, and then to be in a position to get them into multilateral action."

Gates added that by showing that it was prepared to be reasonable, and to cooperate with its European allies and with Russia in try to persuade Iran to bring its nuclear program back within the international inspections regime of the United Nations, the United States would be able to rally U.N. support for sanctions against Iran if required.

Speaking at the Council of Foreign Relations in Washington Monday, after launching their report, "Iran: Time for a new approach," Gates and Brzezinski argued that the current U.S. policy of "passive antagonism" had failed to change Iran's behavior and had helped spur Iran's nuclear weapons program, and the United States should try a new approach.

The report suggests that the United States and Iran have a common interest in stabilizing Iraq and Afghanistan, and that by starting negotiations on these topics, the United States may be able to persuade Iran that it is not in Tehran's best interests to develop nuclear weapons. It proposes that in return, the United States should accept Iran's ambition to develop peaceful nuclear power, and help it obtain enriched uranium on the world market, under strict international safeguards, in order to prevent Iran from developing its own nuclear fuel-enrichment technology.

Brzezinski stressed that a military option to disrupt Iran's nuclear ambitions should be "a last resort, only to be used under extreme provocation or in the face of imminent danger."

"It would be much tougher to take out Iran's nuclear facilities than the Osirak operation of 1981 (when Israeli warplanes destroyed Iraq's French-built nuclear reactor in a pre-emptive strike)," Brzezinski said. "There are multiple sites, some of them deep underground, and they are close to cities, so it would be a very difficult operation which could involve large numbers of civilian casualties."

Brzezinski also suggested that it was worth considering matters from Tehran's viewpoint. The Tehran regime felt under threat because their country was surrounded by nuclear-armed neighbors -- Pakistan, India, Russia and Israel. They live in a highly unstable and oil-rich part of the world, in which the United States is now establishing a series of military bases through the "war on terrorism."

It was understandable that they were nervous. If the United States could begin reassuring them, by starting talks on regional security, then it might be possible to persuade Iran to suspend its nuclear weapons program.

"A regional security dialogue is something the Iranians want," Brzezinski said.

He added that that the nuclear weapons program has been widely popular inside Iran, and attacking it would serve to unite the Iranian people against America, and provoke Iran into retaliating against U.S. troops in Iraq and Afghanistan.

"A military strike would cost many Iranian lives in the short run, but many American lives later," Brzezinski said. "And any Israeli strike against Iran's nuclear facilities would be viewed in the region as an act in which the United States was complicit."

Iran was one of the three countries -- along with Iraq and North Korea -- that were characterized as "the axis of evil" by President Bush in his State of the Union address of 2002. And the prospects of engaging Iran come at a time when the 9/11 Commission is suggesting that as many as eight of the 9/11 hijackers traveled through Iran on their way to commit the terrorist attacks in New York and Washington.

The new CFR report, prepared by a special task force of the council that was chaired by Gates and Brzezinski, was condemned Monday by several Iranian exile groups and by organizations critical of the current Tehran regime as a return to appeasement.

"Appeasement in dealing with ideologically driven totalitarian regimes never works, more so in the case of Iran's theocratic regime which has displayed an increasingly belligerent behavior in recent months and reneged on its agreement with France, Britain and Germany to stop enriching uranium," said the U.S. Alliance for a Democratic Iran. "It did not work with Nazi Germany in 1938, and it will not work today."

"The latest evidence in the bi-partisan 9/11 commission report of links between Iran mullahs and al-Qaida network seriously brings into question the wisdom of considering Iran as a party to any meaningful 'dialogue,'" the USADI statement went on. "The mullahs ruling Iran are gratified to know that their brutal suppression of Iranians through arrest, torture and execution of dissidents; and stoning, hanging and flogging citizens in public is paying huge political dividends."

The USADI statement also took issue with the report's suggestion that the Iran regime is now "well-entrenched" and that U.S.-inspired efforts at regime change or democratization are unlikely to succeed. USADI also said that earlier efforts to engage Iran in the Clinton years had produced no meaningful political change. 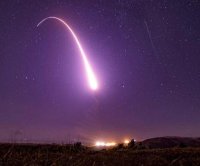 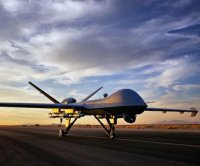 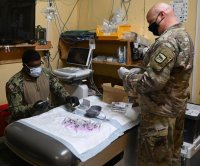 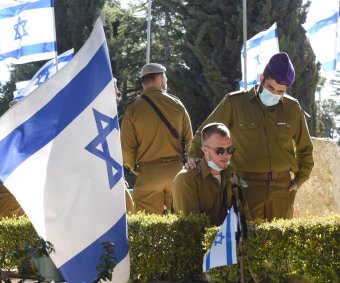