WASHINGTON, Dec. 29 (UPI) -- How will the Iranian people react to the catastrophic earthquake that killed at least 20,000 people and injured maybe twice that number in the historic city of Bam? History suggests rage and religious mania may be more likely reactions than moderation.

Throughout history, earthquakes and other natural disasters have often been seen as the wrath of God or signs of divine displeasure on existing governments. But they have been as good for religion as they have been disruptive for the state, often fueling intense religious revivals, but sometimes generating despair instead.

The city of Lisbon, capital of Portugal was flourishing in a sustained economic boom based on the development of diamond and gold mines in Brazil, when a massive earthquake struck on the morning of Nov. 1, 1755.

It was All Saints Day, and the churches were packed solid with worshippers when the first of two shocks brought them crashing down. At least 30,000 lives were lost. The 18th century rationalist philosopher and skeptic Francois Marie Arouet -- better known as Voltaire -- used the disaster to attack the concept of a kindly, beneficial God watching over a world where everything worked out for the best in his satirical novel "Candide."

The worst earthquake of the 20th century in its human toll was the 1976 quake, in Tangshan, China, which registered 7.8 on the Richter scale. It killed an estimated 240,000 people. By contrast, Friday's quake in Bam registered 6.5 and killed possibly up to 30,000 people. The official estimates are currently around 25,000 dead, but Iranian officials have already said they expect that figure to rise and some estimates put the eventual toll as high as 40,000. Some 70 percent of buildings in the city in southwestern Iran were destroyed.

If current estimates prove accurate, then this week's quake may have been the worst that the Middle East region has experienced this century in terms of the casualties it inflicted. The previous worst was in Turkey, around the city of Erzincan in December 1939. It claimed between 32,000 and 39,000 lives.

The two most destructive earthquakes in recorded human history are believed to have been the 1556 quake in Shansi Province, China, which killed around 830,000 people and a medieval quake in Upper Egypt in 1201 that is estimated by chroniclers at the time to have killed a million people.

The great French archaeologist Claude Schaeffer, excavator of the Bronze Age City of Ugarit, in present day Syria, believed that enormous quakes thousands of years ago periodically wrecked cities throughout the Near East, bringing to an end the Early Bronze Age and later disrupting civilization repeatedly.

A massive earthquake in Crete -- still a seismically sensitive zone -- is believed by many archaeologists to have destroyed the high civilization of Middle Bronze Age Crete, thought by many to have been the inspiration for the legend of Atlantis. The novelist Mary Renault used it as the basis for her classic historical novel "The King Must Die."

The city of Troy, immortalized by Homer in his Iliad, was found by archaeologists to have been destroyed by earthquake many times and repeatedly rebuilt.

One controversial scholar, the late Immanuel Velikovsky, even argued in 1950 in his book "Worlds in Collision" that the 10th Plague of the Exodus in the Bible -- the death of the first born of Egypt -- was in reality a massive earthquake that ended the Middle Kingdom period.

The most physically powerful earthquakes over the past century in terms of the energy expended and shock waves they produced registered 8.6 on the Richter scale and occurred in Kashmir in India in 1905, killing 19,000 people, and Valparaiso, Chile in 1906, killing 1,500 people. The contrast in casualties reflects the sparsely population in the Chilean quake zone.

However, the most physically powerful earthquake ever believed to have occurred in documented history occurred in the continental United States. It was the 1811 New Madrid quake. It is believed to have been 8.7 on the Richter scale. It was so powerful it radically changed the course of the Mississippi River.

In those days, the region was lightly populated wilderness and Indian tribes there lived a nomadic existence and therefore were not exposed to being killed in collapsing buildings. But if a quake of that magnitude occurred in that region today, near the modern city of St. Louis, for example, hundreds of thousands would die.

The Book of Revelation predicts a dramatic earthquake will shake the earth before the Second Coming of Christ. Accordingly, Christian fundamentalist groups have always been prone to see earthquakes as signs of divine judgment or of the imminence of the return of Jesus.

In 1923, Tokyo was destroyed by an earthquake that registered 8.3 on the Richter scale. It is believed to have been the most severe earthquake ever to strike a major city in recorded history. The 1976 Tangshan quake, for all its even vaster death toll, "only" measured 7.8.

Estimates of the Tokyo death toll vary from 99,000 to 150,000. It was as destructive than the U.S. Army Air Force firebombing of Tokyo in 1945. The great movie director Akira Kurosawa later said the vivid tableaux of slaughtered armies in his classic samurai movies was inspired by what he saw in the aftermath of the Tokyo quake.

Some psychologists and anthropologists have even theorized that the immense popularity of Godzilla and other monster movies in Japan in the 1950s and 1960s was in some way a reaction to the 1923 quake and the 1945 firebombing.

Will the Bam catastrophe be seen as a divine judgment on Iran's government or as a call for a return to more devout ways? It is too early to say. But such a colossal tragedy is bound to have profound repercussions on popular attitudes. They always do. 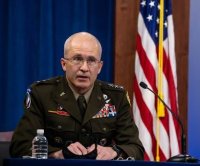