JERUSALEM, Aug. 5 (UPI) -- The call to Jerusalem's new mayor, Uri Lupolianski, came from the Kremlin in Moscow. A very senior official -- Lupolianski said it was the vice president -- wanted him to intervene in a dispute between the Greek Orthodox and the Russian churches in Jerusalem. The Greek Orthodox clerics were harassing the Pravoslavs, the mayor was told.

That friction goes back a long time and Israeli officials try to steer clear of it, an adviser to the mayor told United Press International Tuesday.

To Lupolianski it was another example of a lesson he quickly learned on the job.

"In every little thing here, there is (a potential) for a big fire," he says. "We must always remember that we're in a city that's under a big microscope."

Lupolianski is an ultra-Orthodox Jew, succeeding secular mayors who headed city hall for decades. He is bearded, and adheres to his group's dress code: a black suit even in the middle of a hot summer, a white shirt and a black skullcap. Sometimes he removes his jacket.

It is his smile, amiable behavior and sincerity that quickly put people at ease.

Lupolianski was elected in early June and he immediately realized that being mayor of Jerusalem was nothing like being mayor of any other city, and nothing like he has witnessed since he joined the city council in 1989; not even when he served as acting mayor.

"I didn't understand it at first," he recalled in an interview last week. "When I assumed office, the American ambassador wanted to see me, the Belgian ambassador, the British .... I said, 'Hey, guys, I'm not the foreign minister!'"

Speaking in Hebrew, Lupolianski quoted the ambassador as having said: "The Jerusalem issue could set the world on fire, or make it quiet. Just after you were elected, the White House asked that we meet, immediately."

"There are people around the world who know about Jerusalem, and don't know about the state of Israel," Lupolianski noted. "That's why (I) feel I mustn't behave like an elephant in a china shop. You've got to handle it like you handle (porcelain) china -- very, very gently."

Now he meets two or three ambassadors a week and the Foreign Ministry has assigned him a professional diplomat as political adviser.

Jerusalem's 860,000 residents form motley religious, cultural, political and national groups. A 1.4-square-mile "Holy Basin," in and close to the Old City's walls, contains sites holiest to the three monotheistic religions. It includes Judaism's Temple Mount that Muslims revere as the Haram al-Sharif. The compound's northern gate opens to the Via Dolorossa that leads to Christianity's Holy Sepulcher.

A call for prayer blaring from one mosque sounds like a cue to the next one and within seconds resonates all over the Old City. Church bells chime. On Friday afternoons, Sabbath eve, roads are closed in Jewish ultra-Orthodox neighborhoods. Buses stop throughout Jewish West Jerusalem, but life in predominantly Arab East Jerusalem continues normally.

Lupolianski lives near the pre-1967 boundary line between Israel and the West Bank. That line is no longer recognizable. Steps -- there is no elevator -- lead to his third-floor apartment. Children's bicycles are chained to the fence and four bus routes share a stop across the street.

In his cramped four-room apartment, Lupolianski raised 12 children, assigning one room to his eight sons and another to his four daughters. He now has 12 grandchildren.

In some respects, his family history is typical of Ashkenazi - or European -- Jews.

His father, Jacob, emigrated from Karlsruhe, Germany, in 1932. Palestine was then under British rule. Jacob returned to Germany when his father died, hoping to help his mother, Sarah, and his four sisters leave Germany.

Two sisters went to the United States, one to Palestine. Jacob was arrested while waiting for immigration papers for the others. They released him under a British-German agreement to free each other's citizens.

Jacob snuck back to Karlsruhe, was caught again and deported. The two women were killed in the Nazis' Auschwitz death camp.

Uri was born in Haifa in 1951, went to a rabbinical school, served in the army as a medic, and became a teacher.

Jacob died, and 27 years ago, Uri sold his father's shoe store and bought medical aids, from inhalators to wheelchairs. He loaned them to needy people.

The project, named after his grandmother, Yad Sarah, began modestly in his apartment. Gradually operations spread and now Yad Sarah is a $12-million operation that relies on contributions and government aid.

Yad Sarah estimates it has helped one out of every two Israeli families. Lupolianski still maintains a small branch in his home and his phone number is listed.

He says he devotes 15 to 20 hours a week to Yad Sarah and maintains it's not much. Not for someone who works 16 hours a day.

At first, his ultra-orthodoxy scared secular Israelis. They feared he would turn the wheel on a process that has allowed restaurants, clubs and cinemas to open on the Sabbath. Some of these are a short walk from the ultra-orthodox Mea Shearim quarter where women are warned not to enter sleeveless.

"Please don't judge a person by his dress and way of life but by his deeds," Lupolianski said on his first day in office. He promised to maintain the status quo.

By then, some secular people grew to like Lupolianski. Diskin said that on election day, he ran into an active backer of the secular Meretz Party that has fought religious coercion.

"Did you vote?" the friend asked.

"I suggest you vote Meretz (to the city council) and Lupolianski (for mayor)," the acquaintance advised.

"We're talking of a pleasant person, with a proven managerial capability (at Yad Sarah), he is not threatening, so what's the surprise that he was elected?" Diskin asked.

Lupolianski says his great challenge now is to make people feel "they are in a special city, where each one can dance but not on his friend's feet."

The population is so varied, the status quo is, "not (only) necessary, it is vital," he said.

Politically he regards himself as a Zionist, unlike other members of his United Torah Judaism party.

Jerusalem should only be Israel's capital, he said last week. The Muslims have Mecca and the Christians have Rome.

(According to the Jerusalem Institute for Israel Studies, at the end of the 19th century, there were 45,450 people in Jerusalem: more than 28,000 Jews, 8,500 Muslims and 8,750 Christian. These numbers, however, have been disputed in Palestinian historical studies by the Jerusalem Media and Communication Center.)

There is freedom of worship to all, Lupolianski said. There are several educational systems to maintain the city's plurality. Lupolianski is trying to promote Arab tourism to Jerusalem and is taking private lessons in Arabic twice a week "because it's important to hear the music and the language" of the residents.

However, the projected Palestinian state's capital can be anywhere -- except Jerusalem, he says.

Eight days after the June 3 elections, a Palestinian suicide bomber dressed up as an ultra-Orthodox Jew blew himself-up in a Jerusalem bus, killing 16 people.

"If we exclude New York, we have the most terrorized city in the world in the last two years," Hebrew University Professor Yaakov Bar Siman-Tov said.

As head of Yad Sarah, Lupolianski is still coping with the effects of those terror attacks. More than 2,000 Jerusalemites were wounded in militant attacks during the intifada and some people are still suffering from respiratory problems, while others still carry shrapnel, he said.

"A person who was burnt in a bus can't walk, even two years later," he said.

That is why he is urgently looking for 1,000 more wheelchairs. Many are already on loan to terror victims, he said.

The hudna (cease-fire), now into its second month, seems to be good for Jerusalem. Cobbled streets that were virtually deserted are busy again though some shop windows are still grimy, indicating they have been closed for months.

Lupolianski's own people, the ultra-Orthodox, were quick to test him. Some had been unhappy with cars speeding down the main Bar Ilan Road, crossing their neighborhood, on the Sabbath. That road closes only at prayer times.

Over several Sabbaths, hundreds of men in black caftans demonstrated there. Several people stoned policemen and cars, and tried to block the road with garbage cans. An ultra-Orthodox group put up signs in Mea Shearim accusing Lupolianski of having "waged a war against the Torah, the Sabbath and those who guard it." It referred to him as a villain.

Lupolianski brushed them aside. They are "bored people who rise whenever there is an atmosphere of a festival," he said. He raised the matter with the rabbis and in recent weeks Bar Ilan Road has been quiet.

"Do you think (it) is going to be quiet forever? For 2,000 years? No! In a few weeks there will be another problem," he predicted.

Lupolianski tried -- and failed -- to bring secular parties into his coalition; despite his strong misgivings on gay activities, he did not prevent their parade; he met representatives of the reform Jewish movement whose beliefs he strongly opposes; and he opened a film festival though he would not dare be seen watching the movies they show.

Lupolianski is keen on preserving the city's special character.

He says he is bent on improving Jerusalem's physical appearance. It needs a thorough cleaning. With the help of government money, he is repairing potholes. He got 92-year-old former Mayor Teddy Kollek to try and raise money in Germany for 10,000 trees.

Critics are skeptical, however.

"I don't see him coming through with a vision and changes," opposition City Councilor Avi Kostelitz told United Press International. Kostelitz nevertheless added, it's still early and "one must give him a bit more credit."

In East Jerusalem, Palestinian National Council member Saman Khoury told UPI Lupolianski "is not felt at all, yet."

Such a comment would not be made of Lupolianski's predecessor, Olmert, a tough, outspoken Likud hawk, who was not shy of political battles. Olmert created an impression he might approach a problem with a sledgehammer.

Lupolianski creates an impression that with kind words, a smile and patience he'll get his way. If not today, then there is next week.

Olmert traveled with a detail of bodyguards. When he drove to the U.S. Consulate's 4th of July party last year, police blocked people approaching the area with invitations until he was secure.

Lupolianski looked sheepish when asked whether he had bodyguards. He pretended to look for one in the room and not find any. Finally, he acknowledged: "I made an agreement with them. When they think I need it, they should do it. But in a way that nobody notices."

He said he wanted people to feel the municipality is for them.

"When it will be more pleasant here, when education will improve, when it will be fun here, then pluralism and everything else will fall in place," he said. 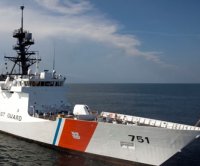