Analysis: Are there more Tulias out there?

DALLAS, June 16 (UPI) -- Twelve people sent to prison solely on the uncorroborated testimony of a lone undercover investigator were freed Monday but critics worry there may be more cases similar to the one in Tulia, Texas, around the nation.

Most of the 46 suspects arrested July 23, 1999, in a drug sweep at Tulia, a farm town about 50 miles south of Amarillo in the Texas Panhandle, were black. Defense attorneys allege racial profiling was one of the motives but they say there were other shortcomings in cases.

"Who knows how many other Tulias are out there," said Vanita Gupta, an attorney with the NAACP Legal Defense Fund, who has worked on the case along with scores of other lawyers.

The factors behind the arrests in Tulia are at play in the criminal justice system across the nation, she told United Press International. They include inadequate indigent defense systems, unchecked prosecutorial misconduct and racial bias, she said.

The pre-dawn arrests were based solely on the court testimony of Tom Coleman, a white investigator for the Panhandle Regional Narcotics Task Force. He made no video or audio recordings during his 18-month investigation. No drugs were found during the drug sweep and later he said his only notes were scribbled on his leg.

Coleman is facing perjury charges for his testimony in March before retired Dallas State District Judge Ron Chapman, who was appointed to review the case. In his report, the judge said, "Coleman's repeated instances of verifiably perjurious testimony render him entirely unbelievable under oath." He recommended that all the cases be dismissed.

Chapman's report is pending before the Texas Court of Criminal Appeals, which may take months or possibly years to dispose of the cases. A special prosecutor has said he will not prosecute the cases again if they are dismissed.

In a brief hearing Monday, Chapman released the 11 men and one woman from prison on their own recognizance, requiring them to stay in the community until the appeals court issues its final ruling on his recommendations.

In an unusual turn of events, a state law was passed by the recent Texas Legislature to speed up the release of the 12 prisoners. Sen. John Whitmire, D-Houston; and Sen. Rodney Ellis, D-Houston; pushed the legislation along with others.

Blanca Labord, general counsel for Whitmire, said the special law was necessary because Chapman was unsure of his legal authority to release the defendants on bond and it was unknown how long the appeals court might take in the matter.

"The senator felt it was unconscionable that they remain in prison when everybody involved -- including the prosecutor, the judge and the defense lawyers -- had agreed that it was a travesty of justice for them to remain incarcerated when the only witness against them had been completely discredited and indicted for perjury," she said.

The story is far from over, however, and Gupta said defense attorneys will now concentrate on clearing the names of the 38 men and women who were charged in the case. "Until that happens we can't rest and justice isn't fully done," she said.

Gov. Rick Perry, who signed the special law, has ordered the Texas Board of Pardons and Parole to investigate the case and determine if the defendants are eligible for any form of clemency. It is one of several investigations under way at the state and federal level into the Tulia drug busts.

A congressional investigation is planned because the work of the narcotics task force was partially funded by the federal government. There are more than 40 similar task forces in Texas, receiving about $27 million a year. Even more such task forces are funded in other states.

Federally financed drug task forces are evaluated in part on the number of arrests they make, which is another factor behind the 1999 Tulia drug raid, according to Gupta. Ironically, Coleman, the son of a Texas Ranger, was named Texas Lawman of the Year for his work in Tulia. He is no longer in law enforcement but stands by his work.

The task force arrested a total of about 46 people in the town of about 5,100. Thirty-nine of them were black -- nearly 10 percent of the town's African-

Eight of the 38 remaining cases went to trial and brought convictions. Twenty-seven defendants pleaded guilty and served prison time or received probation. Three others went to prison because their probations on other convictions were revoked.

Although every chapter in the Tulia case is now a national news story there was a time when it was ignored outside Texas Panhandle. It eventually caught the notice of the national media, attracting scores of lawyers and reporters.

Questions have more recently been raised about the so-called "fake drug" arrests in Dallas and the DNA work of the Houston Police Crime Lab, which involves death row cases. A Houston senator wonders how many others there are.

"The only reason we know about the problems in Tulia, Dallas and Houston is because it makes good press," he said. "But what happens when it is just one person who is wrongfully convicted? Nothing, they sit in jail."

Ellis wants an innocence commission established in Texas to investigate what went wrong in such cases just the National Transportation Safety Board does in plane crashes.

"I am glad to see these people released here today," he said. "Their plight should serve as a stark reminder that this can happen anywhere to anybody. We have a duty to prevent it from ever happening again." 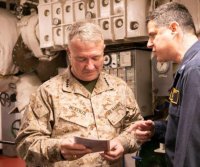