Some 30 Arab and European TV channels, monitored in Jordan, are a collage of bleeding Iraqi civilians, dead toddlers discovered in a Baghdad morgue by their desperate parents, gory shots of body parts and wounded in blood-soaked bandages moaning their pain from dirty hospital cots -- all broadcast every hour, around the clock.

There is seldom any mention of precision U.S. bombing that might have gone awry. Or of an Iraqi anti-aircraft missile that might have come back to Earth without hitting its target.

Some Arab commentators even say that these scenes of horror are the results of well more than $1 billion worth of smart bombs and cruise missiles that have hit Iraq's cities in the past 11 days.

Interspersed with scenes of dead and wounded innocent civilians in Baghdad is footage of Baath Party suspects outside Basra, sitting cross-legged on mud-baked floors, hands tied behind their backs and still swatted by British Marines.

For Arab TV channels, the "Anglo-American expeditionary corps" and/or "occupation forces" are stalled south of Baghdad and in the suburbs of Basra by stiff Iraqi resistance. Several units, they said Sunday, are down to one meal a day and have run out of ammunition and fuel. As they wait for re-supply, according to their reports, suicide bombers are hitting where coalition forces least expect it.

The Qatar-based Al Jazeera TV satellite channel, well known for its anti-U.S. bias, seen the world over by Arabic speakers, and other Arab satellite stations, including Abu Dhabi and Dubai (both United Arab Republic channels), and Saudi-owned Middle Eastern Broadcasting Company, are clearly sympathetic to the Iraqi side.

If thousands of volunteers are flocking to Syria and making their way to Iraq, as Baghdad's Information minister claims, they are bound to have been influenced by slanted anchors on Arab TV stations. Volunteers are described as the successor generation to the Afghan Arabs who fought against the Soviet occupation of Afghanistan in the 1980s.

Arab newspapers pile on by editorializing that the problem is not Iraq or Saddam Hussein, but the United States and its dreams of global dominance. The image of the United States as a torch bearer for freedom has proved biodegradable in Arab media. The question is frequently asked, "How long can Bush deny reality?"

A harbinger of radical change to come in the Arab world as a result of operation "Iraqi Freedom" came today when Islamists won all nine seats, including the presidency and vice presidency, of the Jordan Agriculture Engineers Association. National elections are scheduled for June 17 and Islamists are expected to make the kind of dramatic gains seen in Pakistan last Oct. 10.

Absent any Iraqi popular support for the coalition armies, "the principal pretext to wage war against Baghdad to 'liberate' the Iraqi people is shot to pieces and therefore no longer tenable," according to the Jordan Times.

The U.S. policy of encouraging democracy in the Arab world may not turn out the way the Bush administration anticipates. Anti-U.S. governments would most probably be the result. Even if Iraqis eventually see the war as liberation, its neighbors will see it as a U.S. occupation -- and an invitation to intifada-type terrorism for Iraqi hardliners who first turned against the west in an army coup in 1958.

The world's most powerful, high-tech military vs. an Iraqi army depleted by two wars since 1980 and crippled by 12 years of U.N. sanctions is no contest. But Iraqi irregulars, Republican Guard fanatics out of uniform and suicide bombers, conducting asymmetric warfare, could prove to be troublesome for months to come.

Saddam's fedayeen and other paramilitaries may focus their attacks on the more than 300 miles of unguarded U.S. supply lines. Hiding in village mosques and schools, they could suddenly emerge with rocket-propelled grenades and hit a soft-skinned supply truck. Saddam got almost 12 months to plan an underground resistance campaign. The seeds of protracted conflict were sown during a lengthy U.N. process.

Basra, the ancient port city of Sinbad the Sailor, was first liberated on the second day of the war, but not really. British Marines had no appetite for moving into a city with a population of 1.5 million and where their intelligence told them regime forces, against all expectations, were prepared for street fighting. A week later they were still moving cautiously through Basra's outer suburbs and doing body searches of the thousands of Iraqis walking to British lines, desperate for food and water. 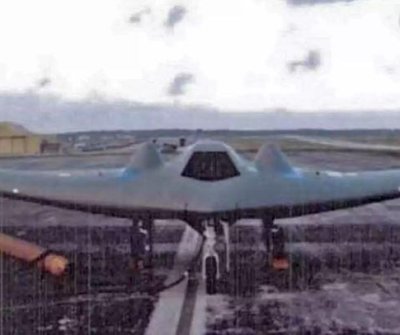