WASHINGTON, Nov. 13 (UPI) -- "You want to know what I really think of the Europeans?" asked the senior State Department official. "I think they have been wrong on just about every major international issue for the past 20 years."

"They told us they could fix the Bosnian mess all on their own. Wrong."

"They told us the Russians would never accept NATO enlargement. Wrong."

"They told us that the Russians would never accept National Missile Defense. Wrong."

"They told us that if we withdrew from the Anti-Ballistic Missile Treaty of 1972 the whole structure of international arms control agreements would come crashing down. Wrong."

"They told us that the Kyoto Protocol was a good and worthwhile treaty, more than just cosmetics. Wrong."

"They told us that the European Union's new common security and defense policy would improve the military abilities of the NATO allies in Europe. Wrong."

"These were also the people who were wrong about Ronald Reagan and the Evil Empire, the same 'friends' who helped vote us off the United Nations Human Rights Commission. These are the people who whine about our Farm Bill when they are the world's prime protectionists. They are not just repeatedly wrong; they are also a bunch of hypocrites. So why should we pay attention to a single thing they say?"

The official, a career diplomat who speaks fluent French and likes to vacation in Italy, sat back and took an appreciative sip from his glass of good red wine from Bordeaux.

"One more thing," he added. "Whenever I use the word Europeans, I don't mean the Brits."

It was perhaps the most interesting and informative off-the-record lunch this reporter had attended in some three decades in the news business. The speaker was not a political appointee with a cursory knowledge of international affairs, but a professional and highly experienced Foreign Service officer with a wide range of friends and contacts across Europe.

He is a cultivated and courteous man, but he was angry, in that dangerous way quiet men can be. And the unveiled contempt in his voice and the curl of his lip when he drawled out the word "Europeans" said as much for the depth of his feelings as his bitter rhetoric.

Europeans do not yet get this, the great sea change that has taken place in the American foreign policy establishment. It would be easy to date this from the terrorist attack on 9/11, but it goes back further. I can recall hearing the first faint notes of this leitmotif of American contempt, like the distant hunting call in some Wagnerian opera that foreshadows the musical thunder to come, during the Bosnian crisis in 1993-95.

Perhaps we should have recognized hints of it back in the 1980s, over the sanctions against the Siberian gas pipeline and over 'Star Wars.' Most European diplomats dismissed these arguments at the time as clumsy Reaganism, the embarrassing kinds of excess to be expected from provincial American politicians. Doubtless, they smugly assured one another, Reagan's crudities would soon be tamed by their good friends in the foreign policy establishment: the State Department; the Council on Foreign Relations; and the Op-Ed pages of The New York Times and The Washington Post.

Well, the Europeans may still be able to count on the sympathies and cultural deference of many East Coast journalists, but something has shifted among the diplomats, the think tanks and even many of the academics. At a think-tank meeting last week, when a European diplomat asked rather patronizingly what all these American weapons were actually for, a renowned liberal academic simply quoted Kipling's line about "Making mock of uniforms that guard you while you sleep." And then he turned on his heel and walked away.

America's foreign policy establishment is composed largely of people who seldom pay much attention to military matters, but since the Kosovo war they have come to appreciate the vast disparities between the U.S. armed forces and the rest. It is now widely understood that of all the Europeans, only the British can begin to fight on the same modern battlefield as the hugely expensive and technologically advanced American forces. The rest of the Europeans are so many free riders on the readiness of American taxpayers to spend twice as much as Europeans on what remains the common defense.

That is the background to the NATO summit that opens next week in Prague. It should be a triumphant coda to the grand achievement of the Atlantic Alliance at the end of the Cold War, the fulfillment of the first President George Bush's stirring call to "a Europe whole and free." But unless the Europeans recognize the glitter of contempt in the American eye, and the new resolve that lies behind it, it may become NATO's epilogue. 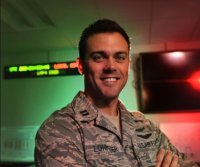 Defense News // 7 hours ago
U.S. Navy, NATO begin missile exercises off Scottish coast
May 17 (UPI) -- Navy vessels of 10 nations, including the United States, are massed off the Scottish coast for a NATO interoperability exercise to include live missile fire, the U.S. Navy said on Monday.