WASHINGTON, May 12 (UPI) -- A new ballistic technology that can fire burst rates in excess of one million rounds per minute from a 36-barrel weapon was one of the reasons Defense Secretary Donald Rumsfeld canceled the $11 billion Crusader artillery system.

The technology is known as "Metal Storm," which is also the name of the Australian research and development company that owns it.

The fastest weapons today are mechanical Gatling gun styles that can fire at the rate of some 6,000 rounds per minute. Infantry rifles average 600 rounds, which is the firing rate for a magazine of 15 to 30 rounds.

Admiral Bill Owens, a retired former deputy chairman of the Joint Chiefs of Staff and author of "Lifting the Fog of War," a controversial book about defense modernization, is the chairman of the board of Metal Storm Ltd. With multimillion-dollar contracts, Metal Storm works closely with the U.S. Defense Advanced Research Projects Agency and the Australian Defense Science and Technology Organization. Chuck Vehlow, a former general manager of the Boeing helicopter division, is the company's new chief corporate officer. Vehlow has negotiated big-ticket procurement contracts and technology licensing agreements with the Pentagon.

Most of Metal Storm's work is top secret. Already under development is an "area denial weapons system," including an unmanned aerial combat vehicle that will carry twelve 40-mm mortar boxes comprising a total of 1,200 tubes, and armed with 7,200 grenades. The system's unprecedented firing capabilities can lay down a continuous 50-meter-wide carpet of grenades for about two miles, firing all its grenades simultaneously with a five-yard separation on impact.

Another gun under development for a small combat aerial vehicle is multi-barreled and can fire 270 rounds onto a target in just .001 seconds without stress on the air frame or any drop in air speed.

The weapon will also fire "less-than-lethal" projectiles for riot control. The future infantry weapons hardware replacement program for Australia's small defense forces alone is estimated to be worth $700 million.

Metal Storm's submachine gun will be capable of firing multiple barrel rapid-fire bursts at 45,000 rounds per minute per barrel. The technology is 100 percent electronic. Its electronically variable rate of fire has been confirmed to one million rounds per minute.

The technology allows barrels to be grouped in any configuration required for a particular application because it has no moving parts, no separate magazine, no ammunition feed or ejection system. The only moving parts in this revolutionary ballistic technology are the bullets or other projectiles.

At the core of the new technology is a projectile design that allows multiple high-pressure ammo to be stacked in-line in a barrel, then electronically fired in sequence. In turn, multiple barrels can be grouped together to form compact weapons systems of unprecedented conventional firepower. These new weapons will have all-electronic access control systems to ensure that only authorized personnel use them. The dual function will also allow on-board selection at the press of a button between a non-lethal response capability and the kind of lethality that will deny an area to the enemy without having to use anti-personnel landmines.

Metal Storm also makes the Vle, a handgun with a 64-digit electronic keying system that conceals a transponder. An electronic message confirms when the weapon is set to fire and which fire setting is selected.

The technology is not just used for firing projectiles. It is an electronically controlled delivery system that has potential applications in fire fighting, fireworks displays, aerial advertising in the night sky, precision chemical distribution in agriculture, and seismic surveying for minerals and oil. 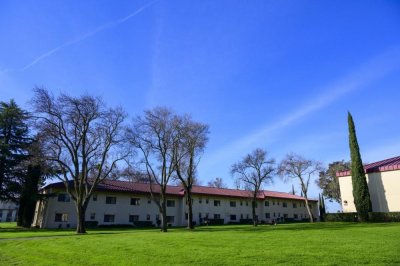