FALLUJAH, Iraq, March 4 (UPI) -- Doctors are investigating reports of a very high rate of birth defects in a city of Iraq that was often the scene of heavy fighting involving U.S. troops.

The BBC reported the residents of Fallujah are seeing birth defects, including heart problems, at a rate of 95 in every 1,000 births. The report said that represented 13 times the number of similar birth defects in Europe.

A doctor told the BBC she is seeing two or three cases every day of birth defects, including paralysis, brain damage and cardiac problems. Data indicate prior to 2003, doctors would have seen perhaps one such case every two months.

Local officials have advised woman in Fallujah not to have children, the BBC said.

Residents link the timing of the surge in defects with about a year after a U.S. military-led offensive in Fallujah in 2004 and suggest armaments used in the fight may be to blame for their children's problems. Military officials told the BBC they had received no official reports of an increase in birth defects in the area but that exploded ordnance is a "recognized hazard."

One researcher said she had seen "footage of babies with an eye in the middle of the forehead, the nose on the forehead." 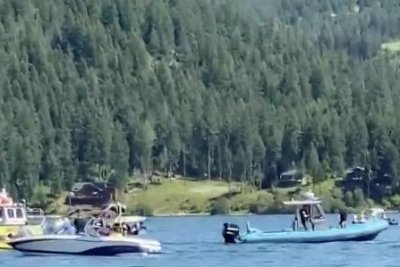