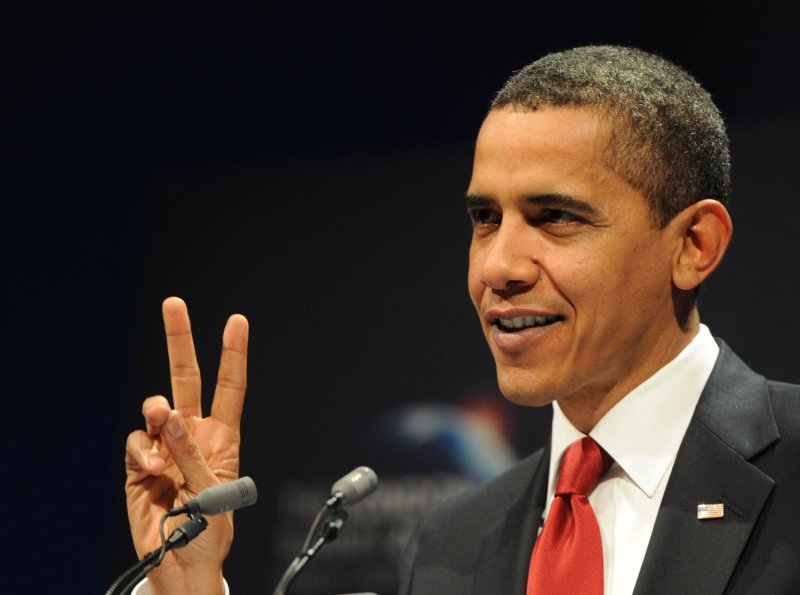 OSLO, Norway, Oct. 9 (UPI) -- U.S. President Barack Obama will receive the 2009 Nobel Peace Prize for his work toward a nuclear-weapons free world and a more-inclusive style of diplomacy.

The Norwegian Nobel Committee cited Obama's "extraordinary efforts to strengthen international diplomacy and cooperation between peoples" as the rationale for giving the U.S. president its highest honor after just nine months in office.

The award announcement comes at a time when Obama's popularity in public opinion polls has begun to stabilize after a steep drop and his domestic policies led to raucous protests. The White House was the target this week of anti-war protesters demanding Obama withdraw troops from Afghanistan and Iraq.

Just last week Obama was given an international rebuke when his high-profile attempt to convince the International Olympic Committee to award the 2016 Olympics to Chicago failed. Chicago lost in the first round of voting that ended up giving the Olympics to Rio de Janeiro.

But the Nobel committee said Obama's grander vision for the world merited its attention.

"His diplomacy is founded in the concept that those who are to lead the world must do so on the basis of values and attitudes that are shared by the majority of the world's population," the committee said.

He is the third sitting U.S. president selected to receive the Nobel Peace Prize. Teddy Roosevelt was so honored in 1906 and Woodrow Wilson won in 1919. Jimmy Carter was out of office when he won the 2002 Peace Prize.

The Nobel Peace Prize includes $1.4 million, a gold medal and certificate. The award is to be formally presented Dec. 10.