A new study by the Pennsylvania of Realtors provides new evidence that job losses and unexpected medical bills, not subprime mortgages, are the two leading causes of foreclosure in that state.

Fifty-seven percent said their household had experienced a wage-earner's job loss in the 12 months prior to their foreclosure, while 47 percent said they had been hit by unexpected medical bills. Thirty-six percent indicated they had other "unexpected bills."

Few Pennsylvanians who lost their homes had subprime mortgages, a leading cause of foreclosure in California, Florida, Nevada and Arizona. Forty-one percent of survey respondents held prime fixed-rate mortgages and 12 percent had prime adjustable-rate loans. Only 14 percent carried a subprime mortgage.

In the second quarter, Pennsylvania's foreclosure rate was a modest 0.3 percent, placing it in lower third of states, according to RealtyTrac.

"The study represents a significant number of Pennsylvanians who have personally experienced foreclosure in some way. They're people from all walks of life, various socio-economic backgrounds and all parts of the Commonwealth," said Joel Searby of the Florida-based polling firm Strategic Guidance Systems (SGS).

Most of those surveyed also did not know about the state and federal programs available to those undergoing the foreclosure process. Sixty-seven percent of respondents "never heard of" the federal Home Affordable Foreclosure Alternatives Program (HAFA) and 57 percent never heard of the federal Making Home Affordable program (HAMP). Sixty-one percent were unfamiliar with the Homeowner Equity Recovery Operation program of the PA Housing Finance Agency.

Ninety-one percent of those surveyed said they attempted to contact their lender about a solution to their pending foreclosure but 48 percent said their lenders were "not at all" willing to work with them. The 30 percent who worked with their lenders said it made no difference. Nineteen percent said it "made things worse."

U.S. News // 3 minutes ago
Justice Dept.: Gap reaches agreement to settle discrimination charges
Nov. 29 (UPI) -- Gap Inc. has reached a settlement to resolve federal charges that it discriminated against workers because of their immigration status, the Justice Department announced Monday. 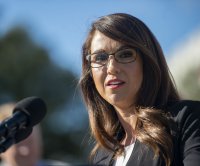 U.S. News // 4 hours ago
Dow rises 236 points as Biden says no to Omicron lockdowns
Nov. 29 (UPI) -- The Dow Jones Industrial Average gained 236 points Monday as markets rallied from losses to end the prior week of trading after President Joe Biden sought to ease concerns about the Omicron COVID-19 variant.

Odd News // 4 hours ago
Clerk convinces woman to buy $1.4 million lottery ticket
Nov. 29 (UPI) -- An Australian woman who won a lottery jackpot of more than $1.4 million said a store clerk talked her into buying the ticket that earned her the windfall.

Odd News // 4 hours ago
Firefighters rescue puppy stranded under owners' deck
Nov. 29 (UPI) -- Firefighters in Iowa ended up pulling up the boards from a family's deck to free a puppy trapped underneath the structure. 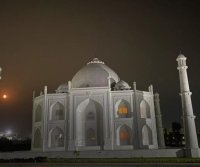 Odd News // 4 hours ago
India man builds Taj Mahal replica house as gift for his wife
Nov. 29 (UPI) -- An India man paid tribute to his wife of 27 years by building her a house in the shape of a miniature replica of the iconic Taj Mahal. 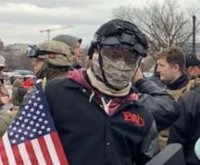 U.S. News // 5 hours ago
Actor arrested in Jan. 6 riots granted release despite bizarre court statements
Nov. 29 (UPI) -- A Broadway actor accused of participating in the Jan. 6 insurrection was allowed pre-trial release by a federal judge in Washington Monday despite claiming not to recognize the authority of U.S. courts.

Odd News // 5 hours ago
Message in a bottle launched from Florida crosses Atlantic Ocean
Nov. 29 (UPI) -- A beachcomber on a British Channel island found a message in a bottle that turned out to have been launched off the Florida coast nearly two years earlier.
Advertisement