The U.S. economy took a solid jump forward in January with the addition of 230,000 jobs, the Department of Labor said Friday.

So, why are so many people still worried?

Well, this is easy.

In the first place, 230,000 is not 7.5 million jobs, which would put the country back to pre-recession comforts.

In the second place, the gains are the largest the economy has added since April and essentially, after April, the gains dissipated. The new year, as it happens, looks very similar to 2011.

The labor market gained by an average of 160,000 jobs per month in 2011, Federal Reserve Chairman Ben Bernanke said Thursday. And the unemployment rate dutifully shrank from 10 percent to 8.5 percent.

In January, that ticked lower, hitting 8.3 percent in what will surely be a setback for any Republican presidential campaign. Undeniably, the unemployment rate is falling with timing that is just as dramatic as a winning streak by the Oakland Athletics in this year's Brad Pitt vehicle "Moneyball."

Come to think on it, what is called moneyball is, essentially, economic theory applied to baseball. What about returning that to its primary source?

The quick explanation is that the Athletics, run by General Manager Billy Beane, needed, in 2002, to replace three star players with a decidedly weak bank account. His assistant, Peter Brand, points out that most player recruitment is done by an established and expensive system that is succinctly described as dug-in addiction to star players. Even people managing the game of professional baseball, in other words, are star-struck. Of course, stars fill a stadium but they do not necessarily win ball game.

Back up the truck. Economically, that means the U.S. economy does not need to rely on General Motors (a star corporation if ever there was one) to lower the unemployment rate. Forget IBM or Dell or Kraft Foods or Pfizer. They've all had their day. That era has come and gone.

Let's hope that's wrong in the absolute. However, just to make the point, the numbers quickly bear this out. Automatic Data Processing said Wednesday that the private sector added 170,000 jobs in January and only 3,000 of those were at companies with 500 or more workers.

In the same news cycle, CareerBuilder said big firms were beginning to hire again, including a target of 13,000 new jobs at Starbucks.

In international markets Friday, the Nikkei 225 index in Japan fell 0.51 percent and the Shanghai composite index in China added 0.77 percent. The Hang Seng index in Hong Kong was flat, rising 0.08 percent, and the Sensex in India gained 0.99 percent. 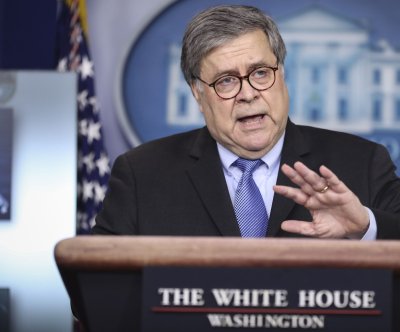 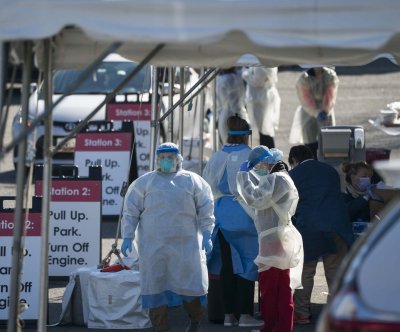 Health News // 20 hours ago
Researchers spot weakness in coronavirus that could provide clues to cure
April 3 (UPI) -- Researchers may have found a weakness in SARS-CoV2, the virus that causes COVID-19, that provides clues as to how to treat the infection -- and possibly develop a vaccine to prevent its spread.