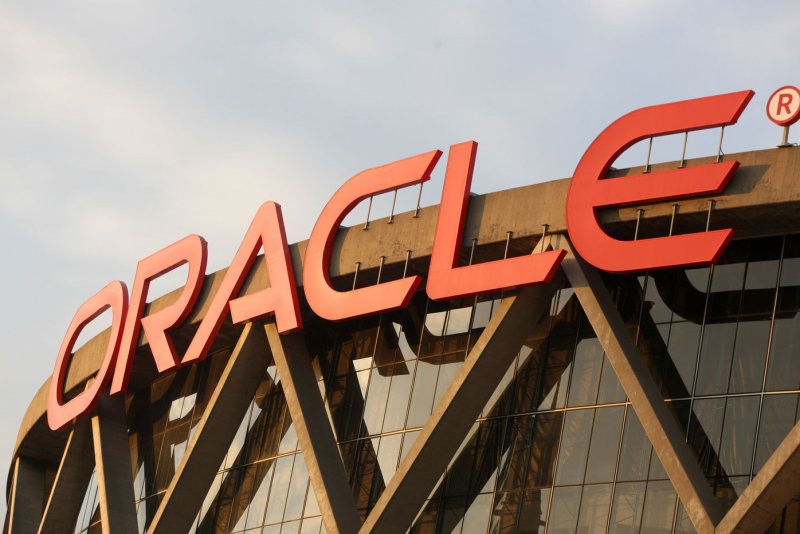 Software and technology giant Oracle, which owns naming rights for the arena of the NBA's Golden State Warriors in Oakland, Calif., pictured, announced Thursday that it had reached an agreement to purchase cloud computing company NetSuite for $9.3 billion and $109 per stock share. Company officials said the deal should close sometime this year after routine regulatory approvals. File Photo by Terry Schmitt/UPI | License Photo

The deal for NetSuite, one of the first U.S. cloud computing firms, was valued at $109 per share and $9.3 billion.

"Oracle and NetSuite cloud applications are complementary, and will coexist in the marketplace forever," Oracle CEO Mark Hurd said in a joint statement Thursday. "We intend to invest heavily in both products -- engineering and distribution."

Company officials said the deal should close sometime this year, following a round of regulatory approvals.

"NetSuite has been working for 18 years to develop a single system for running a business in the cloud," company founder and chairman Evan Goldberg, said in the announcement. "This combination is a winner for NetSuite's customers, employees and partners."

Formed in 1998, NetSuite was among the world's first Internet-based cloud companies.

"Today, NetSuite provides a suite of cloud-based financials / Enterprise Resource Planning (ERP) and omnichannel commerce software that runs the business of more than 30,000 companies, organizations, and subsidiaries in more than 100 countries," the company said on its website.

Oracle, founded in 1977, was listed recently as the world's second-largest software-maker, based on revenue, after Microsoft.