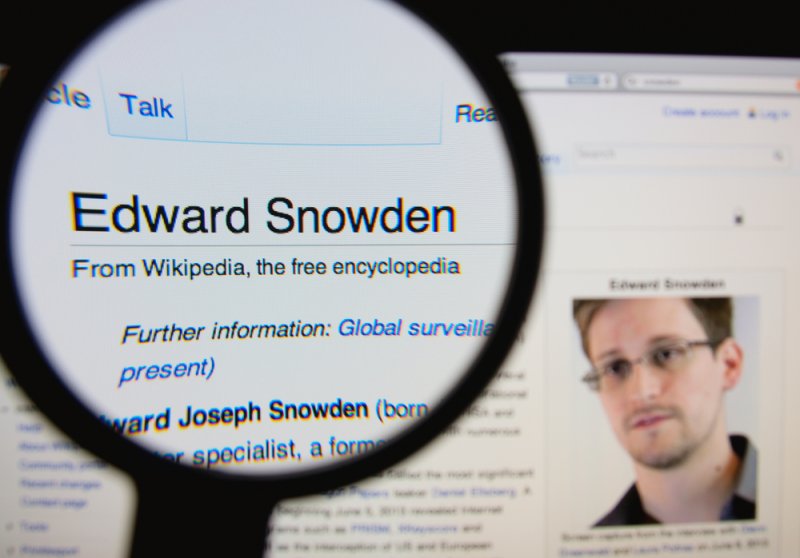 Edward Snowden has helped co-design a surveillance-evading case for your iPhone and othe smartphones. He hopes to have a prototype in the coming months. Photo by Gil C / Shutterstock

The former National Security Agency contractor presented a plan he co-wrote with hacker Andrew "bunnie" Huang for a piece of hardware that a user would attach to their iPhone that lets the know if their phone is leaking information.

Snowden presented the idea via live stream video at the Massachusetts Institute of Technology's Media Lab from his home in Russia.

Snowden said that hackers and intelligence agencies can access the phone with software that makes them great trackable devices.

The case is called "the introspection engine," and it would alert the user whenever the smartphone's radio signals are being sent, something that can happen even if your phone is on "airplane mode."

The device would attach like a battery case that wires into the SIM card slot and catches radio transmissions, and can possible include a kill switch that shuts off the phone's power.

Snowden said he hopes to have a prototype ready in the coming months and he intends to make the case's design an open source so that it can be utilized for other phone models.

Defense News // 2 days ago
U.S. Space Force to take over SATCOM operations from Army, Navy
Sept. 22 (UPI) -- The U.S. Space Force will take over satellite communications billets, funding and mission responsibility from the U.S. Army and Navy, the Department of Defense announced Wednesday.

Defense News // 3 days ago
U.S. Army finishes exercises in Turkey as part of Europe-focused drill
Sept. 21 (UPI) -- A multinational military exercise intended to improve interoperability between the U.S. Army and allied nations wrapped up its final phase in Turkey on Monday.