Volkswagen reaches deal to get 480k emissions-cheating cars off roads

Volkswagen on Thursday reached an agreementwith U.S. regulators and car owners to get at least 480,000 emissions-cheating cars off the road as the car maker faces over 600 lawsuits. File photo by Brian Kersey/UPI | License Photo

WASHINGTON, April 21 (UPI) -- Volkswagen on Thursday reached an agreement with U.S. regulators and car owners to get at least 480,000 emissions-cheating cars off the road.

A federal judge ruled that getting the polluting cars off the road has to be the first step in resolving more than 600 lawsuits the car company faces, Bloomberg reports.

The deal was reached with the Environmental Protection Agency, California regulators, California attorney general's office and consumers in an option to fix or buy back the vehicles, USA Today reported.

Volkswagen could pay individual U.S. owners $5,000 each to buy back the affected vehicles.

The U.S. Department of Justice in January filed a civil complaint against Volkswagen in the ongoing scandal over false emissions data.

"The complaint alleges that nearly 600,000 diesel engine vehicles had illegal devices installed that impair their emission control systems and cause emissions to exceed EPA's standards, resulting in harmful air pollution," the Justice Department wrote in a statement. "The complaint further alleges that Volkswagen violated the Clean Air Act by selling, introducing into commerce, or importing into the United States motor vehicles that are designed differently from what Volkswagen had stated in applications for certification to EPA and the California Air Resources Board."

Volkswagen equipped certain 2.0-liter vehicles with software that detects when the car is being tested for emissions standards and then turns on full emissions controls only during testing, according to the complaint.

Volkswagen is also accused of equipping certain 3.0-liter vehicles with similar software that also illicitly assists the vehicle to reach emissions standards. When driving in normal conditions, nitrogen emissions in such vehicles were up to nine times the standard. 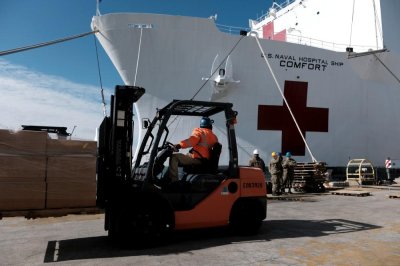